It was a very strange day for me. I saw 3 major colours of life in one day. I received the good news about the birth of my niece early in the morning and I took a bus, crossed a river by ferry and went across to spend some good time with my brother’s family – Ali peter John 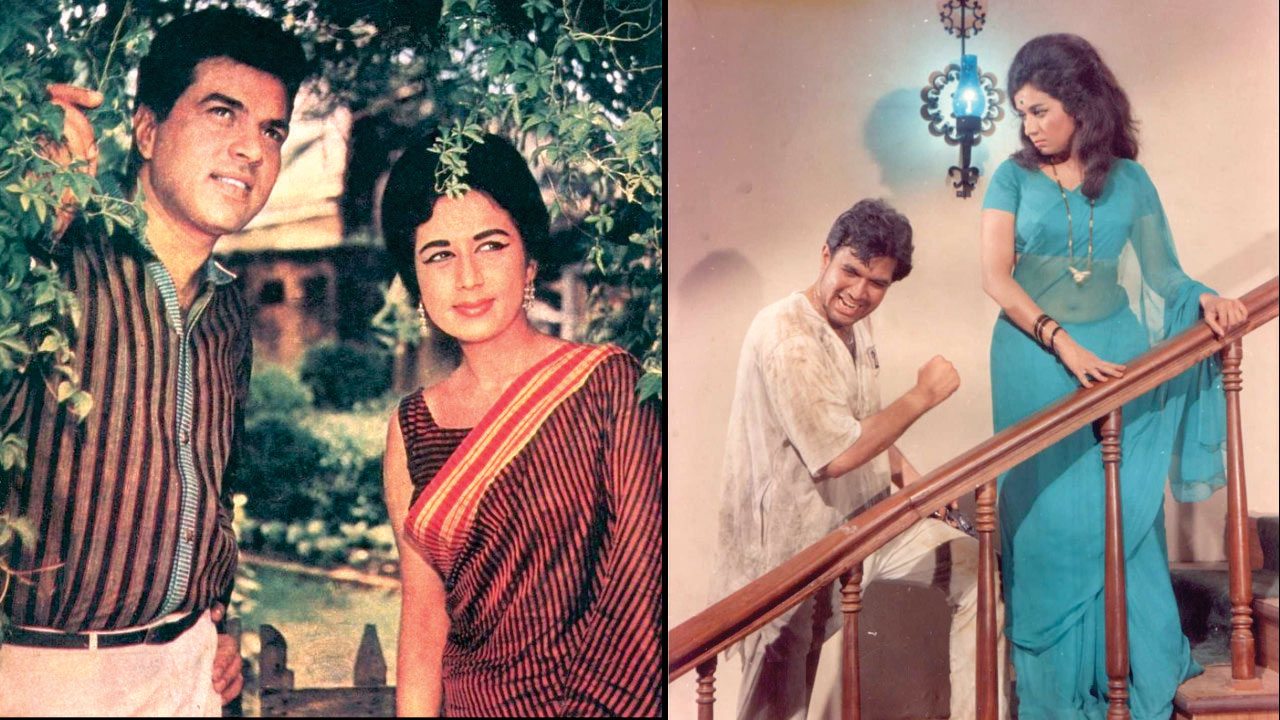 After having a good lunch I had to come to the marriage of a Christian colleague which was happening in the church. And i was on my way home, when i saw a cremation taking place on the open sand facing the sea.

Out of sheer curiosity, i asked a fisherman, who had died and he said it was some actress and my curiosity grew and I asked some more people and found that the veteran actress Nanda, who lived just a few apartments from my house, had died of heart attack and it was her body that was being cremated. And as usual my mind went into a flashback…

Nanda was born in a family of actors and actresses, singers and film makers, V Shantaram was her uncle and Lata Mangeshkar was a cousin and there are many more. In fact, it was Nanda’s father Master Vinayak, who gave Lata Mangeshkar her first break as a singer in a Marathi film, a fact very few people know or no one tries to know. 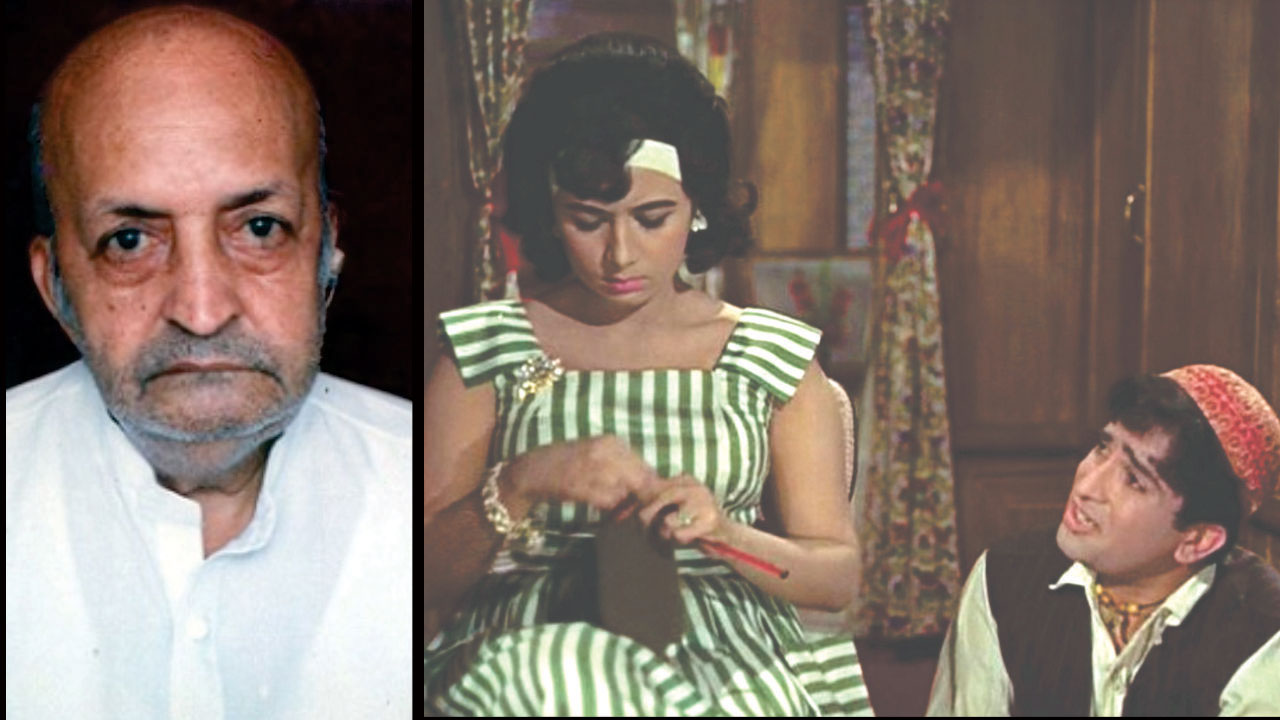 Nanda was known as baby Nanda started off as a child artist and she had to take her career seriously when she was offered roles of the choti behen in several films.

And then came her best time when she broke her own image and played glamours and Westernised roles in films like Jab jab phool khile, Gumnaam, Ittefaak and other films of which most succeeded and a few flopped.

She had the record of doing eight films with Shashi Kapoor and changing his career. She also helped actors like Dharmendra and the one time superstar Rajesh Khanna, whose name she recommended for films like Ittefaq, The Train and Joru ka gulaam. Like Mumtaz, she too was called the actress who saved careers of heroes.

She was a star, but she lived a very simple life and the only luxury she had was her bunglow on Carter road which was called “Priya” and circumstances led her to leave this bunglow and move to versova and live in an apartment in a building called Quarterdeck where she spent the rest of her life. 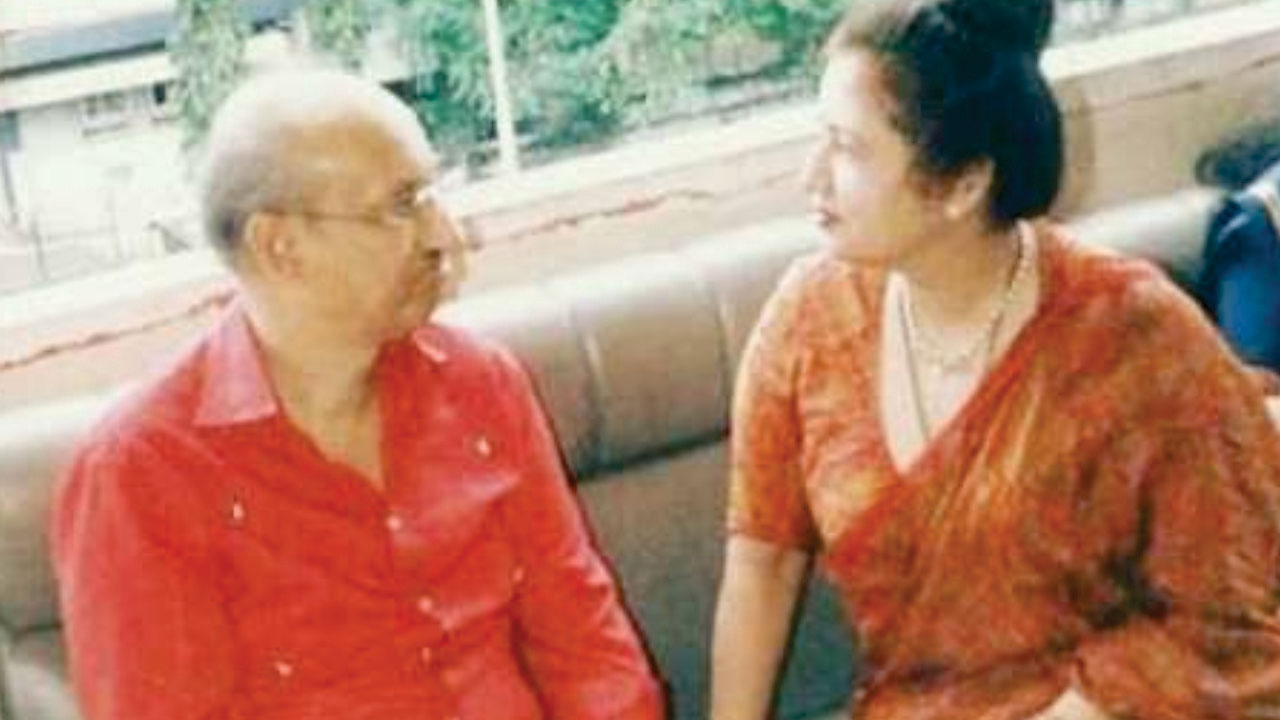 She always kept away from all kinds of gossip, but she had to become a part of it for reasons not for her own making. Her name was associated with some very big industrialist and she was supposed to get married to a leutinent general but she opted out of all the opportunities that came her way.

A struggling Poet then called Anjaan had fallen in love with her “madly” and he wrote a poem for her in which the first two lines were “Jidhar dekhun teri surat najar aati hai, teri surat meri takdeer najar aati hai”.

But like all bujdil lovers, he couldn’t present the object of his love with the poem, which he never gave to any film maker or music director, however much price they offered him.

Till Amitabh Bachchan heard the song and told anjaan that he needed the song, come what may and anjaan who had great admiration for Amitabh, who he believed had changed his career gave him the song which was used in a film called mahaan. 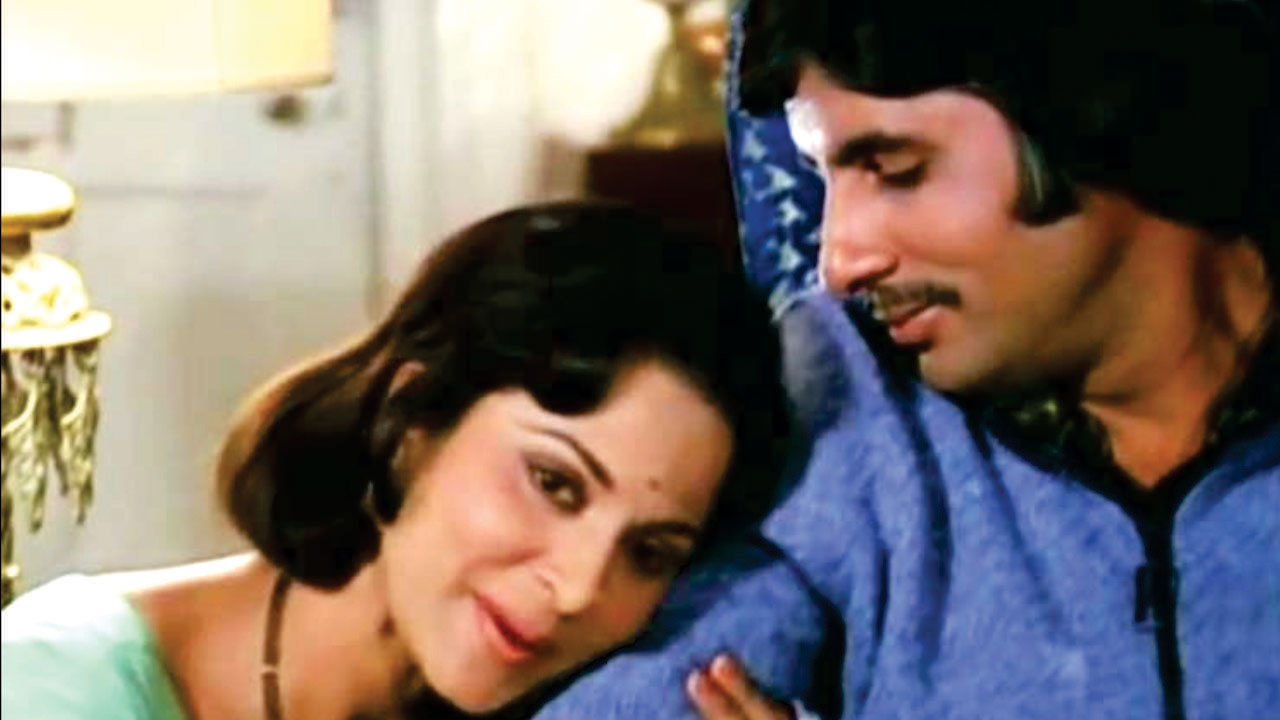 In which the older Amitabh sings out this poem to Waheeda rehman on the phone. I was sitting next to anjaan on the day the film released and anjaan was very nervous. I asked him why, and he didn’t have any answer.

Amitabh started humming the song and the packed audience began to sing the song and I saw anjaan crying like a child, covering his face with both his hands and telling me, “Kya meri sabse pyari kavita ka ye haal hona tha?”

It may sound like a coincidence anjaan reached the pinnacle of his career with mahaan, was never the same again after the hooting incident and he finally sick of a very serious year ailment from which h didn’t recover and finally died after being in coma for more than two years.

Nanda was in her late 50s when she fell in love with the “magician of entertainment” Manmohan Desai, who had lost his wife Jeevan Kala and the love story was mutual. 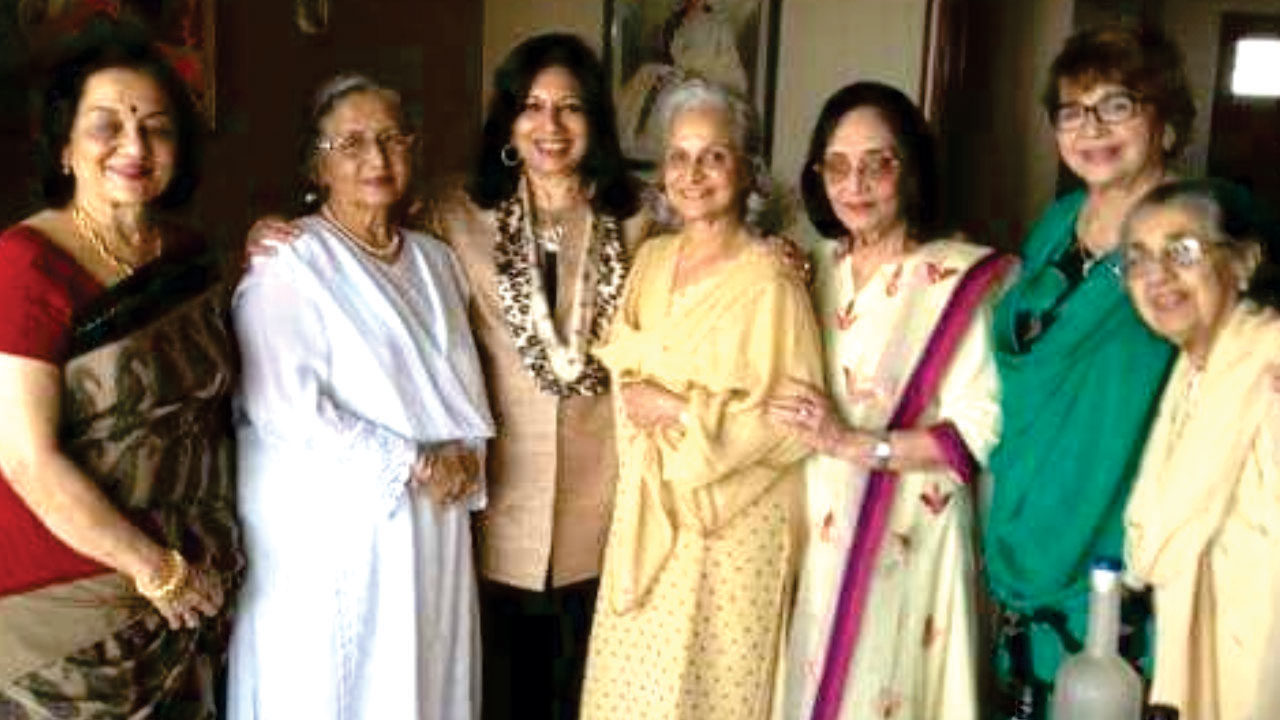 It is said that the two even got engaged, but i know for a fact that Manmohan Desai used to travel from south Bombay to versova in his van in a sleeping position because he had very bad acute back problem and he used to spend to spend the weekend with Nanda and her mother and then return to his office in khetwadi.

This amazing and unusual love story continued for a while, Nanda’s life was sprung with the colours of life suddenly but life was not going to be kind to her for long.

One afternoon when she was busy praying in her own temple at home, she received the news that her “Man” had died after falling off from the galary of his office.

That was the moment when Nanda sat before her temple just in white and didn’t move from there till her friends like Waheeda rehman, Asha Parekh, Helen and Saira Banu tried to get her out of her mourning and life seemed to be normal but she didn’t stop wearing white. 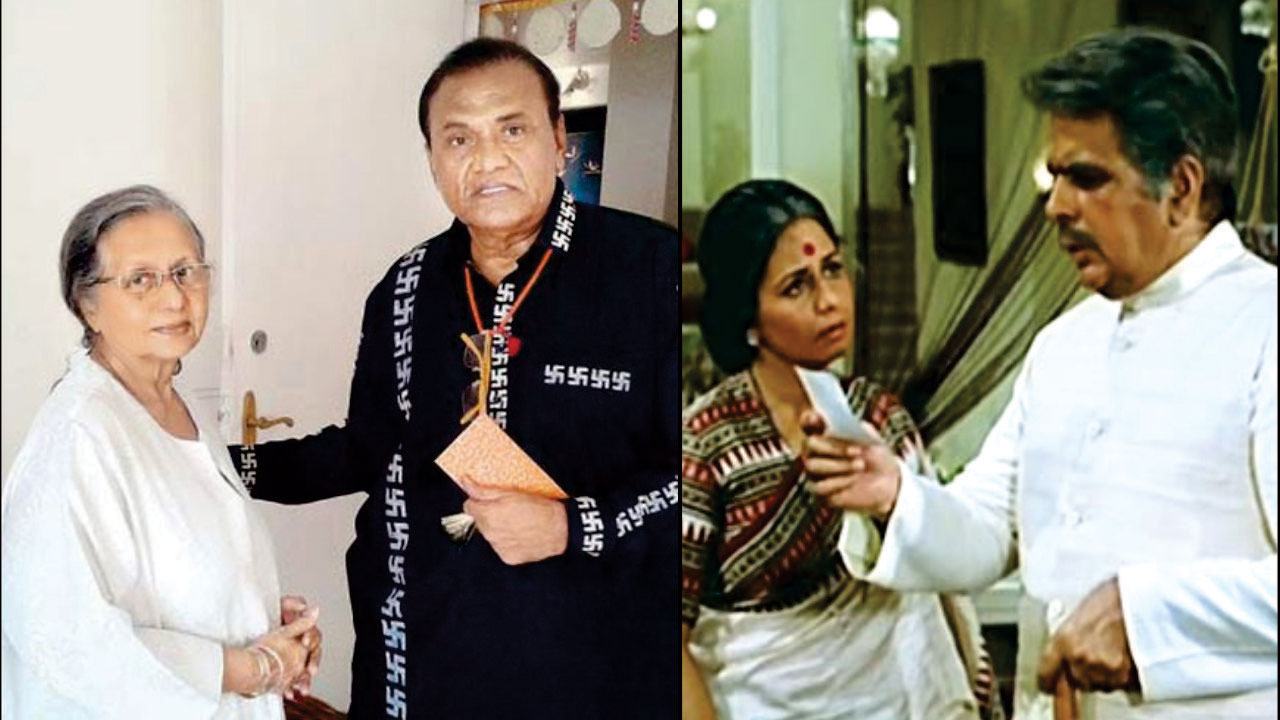 She had turned totally spiritual and she was even willing to meet fraud Godman friend of mine who promised to bring peace into her life (Waheeda rehman, Asha Parekh, Helen and Saira Banu were also there) and she asked me to arrange the meeting with the Godman and the meeting was arranged in Saira Banu’s bunglow with Dilip kumar very much present and having a smirky smile on his face as this “drama” of bringing happiness into the lives of these women went on with the Godman with a colorful tie looking more towards the kitchen than being interested in doing anything for these poor/rich women who had lost the true meaning of happiness and were willing to listen to a fake man who himself was living an unhappy life.

It was all fine till Nanda accompanying her friends to parties, lunches and dinners. Then, her mother who was her only source of inspiration to live was diagnosed with cancer and she died and there were hardly 10 people for her funeral and i was one among them. Something within me told me that all was not well with Nanda. 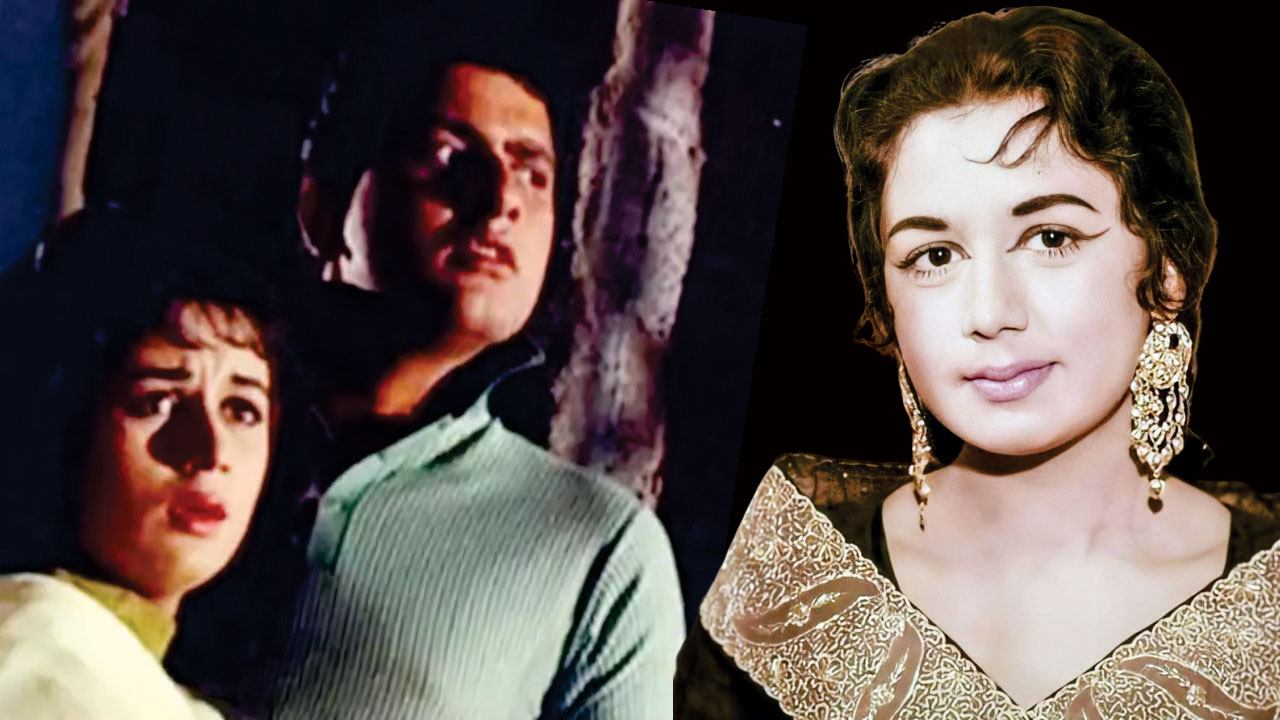 My doctor friend Uday bhatte who was also her family doctor advised her not to live alone in her apartment, but she continued to sit before her temple hoping for some miracle to happen. But, nothing happened and no miracle took place for her.

And then came that unexpected and almost lonely funeral for her on that hot afternoon on the burning sands of versova where her end was destined to happen in this life and who cares whether there is another life or not.