Bigg Boss OTT fame Urfi Javed remains in a lot of discussion, she often gets spotted by the paparazzis on the streets of Mumbai and makes headlines due to her bold dashes and is seen very active on social media. 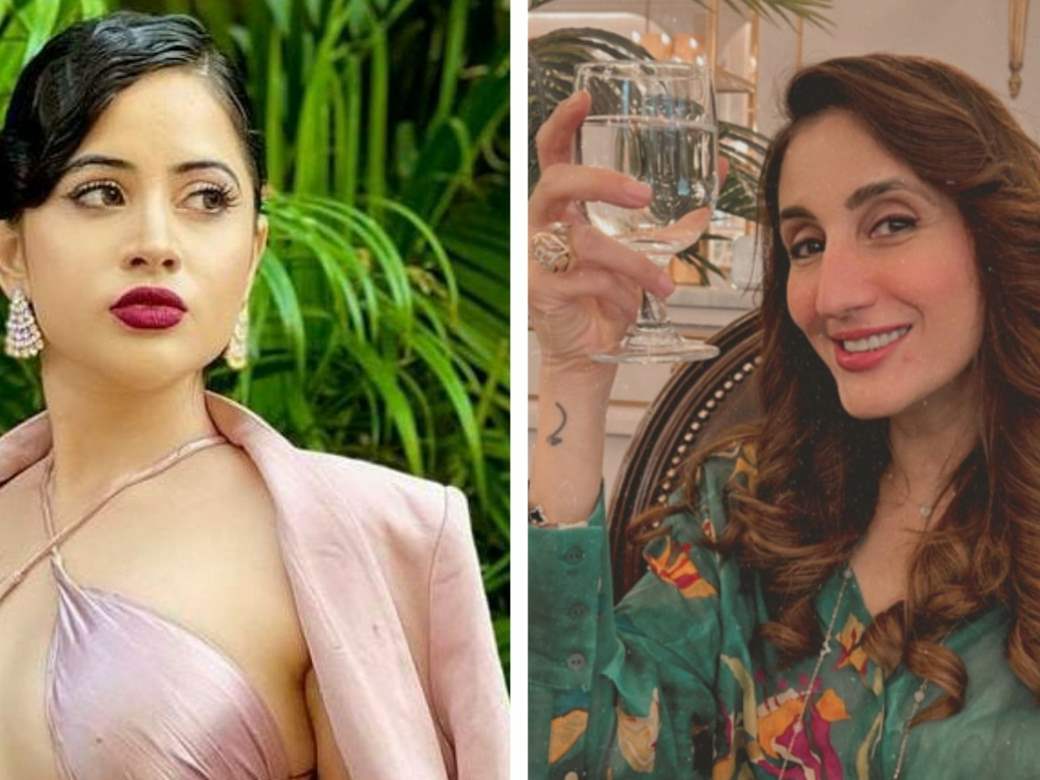 Let us tell you that actress Urfi Javed often gets trolled for her dressing sense but this time the ex-sister-in-law of well-known actor Hrithik Roshan Farah Khan Ali has slammed Urfi, while trolling Urfi’s dressing style she wrote – “Sorry to say but this young girl needs to be reprimanded for distasteful dressing. People are making fun of her and she thinks they like the way she dresses. Wish someone would tell her” 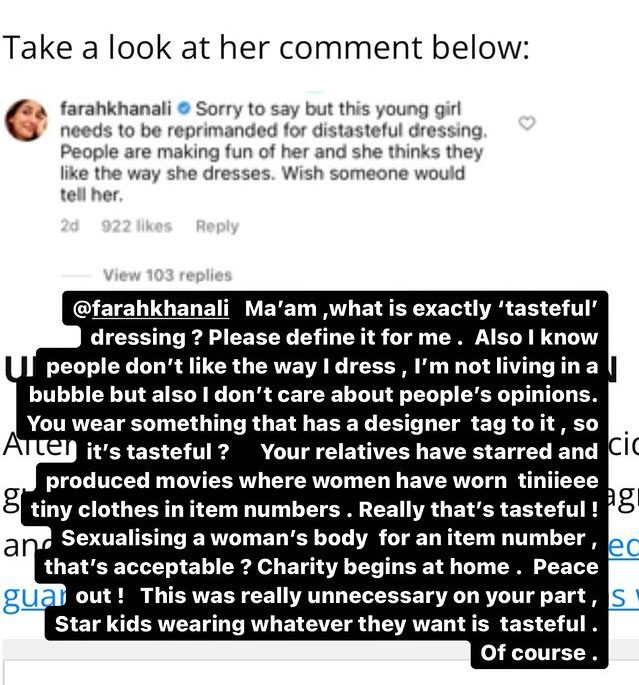 In reply to her Urfi javed has given a befitting reply to Farah Khan Ali, she said “ Ma’am,what is exactly ‘tasteful’ dressing? Please define it for me. Also I know U people don’t like the way I dress, I’m not living in a bubble but also I don’t care about people’s opinions. You wear something that has a designer tag to it, so it’s tasteful? Your relatives have starred and produced movies where women have worn tiniieee tiny clothes in item numbers. Really that’s tasteful! and Sexualising a woman’s body for an item number, that’s acceptable? Charity begins at home. Peace out! This was really unnecessary on your part, Star kids wearing whatever they want is tasteful. Of course”. 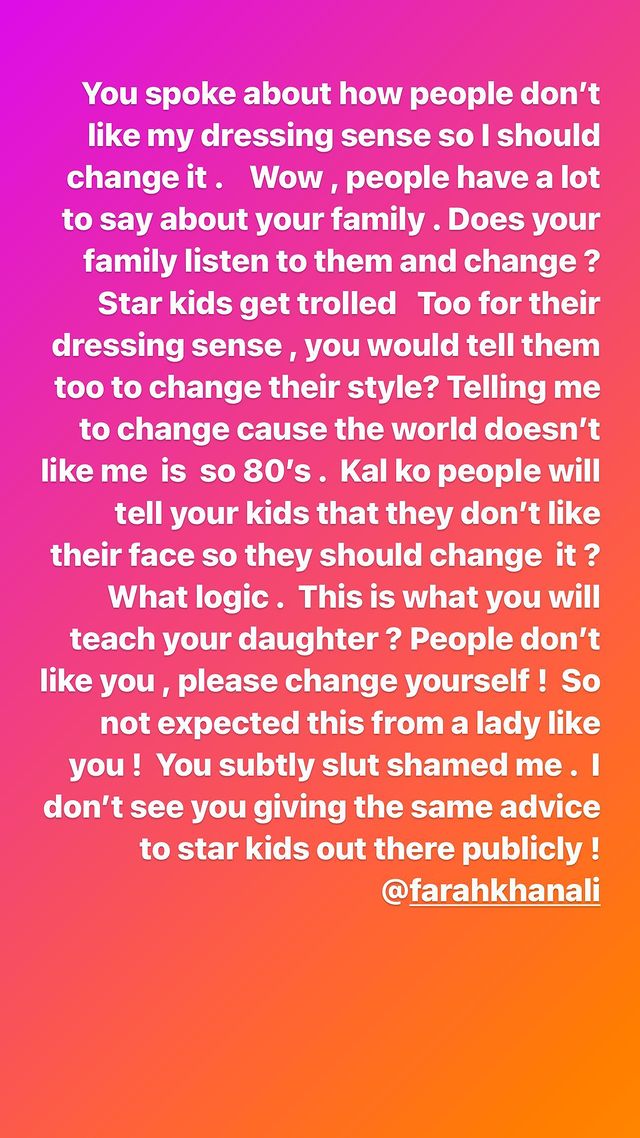 She added ‘You Spoke about how people don’t like my dressing sense so I should change it. Wow, people have a lot to say about your family. Does your family listen to them and change? Star kids get trolled Too for their dressing sense, you would tell them too to change their style? Telling me to change cause the world doesn’t like me is so 80’s. Kal ko people will tell your kids that they don’t like their face so they should change it? What logic. This is what you will teach your daughter? People don’t like you, please change yourself! So not expected this from a lady like you! You subtly slut shamed me. I don’t see you giving the same advice to star kids out there publicly!’. 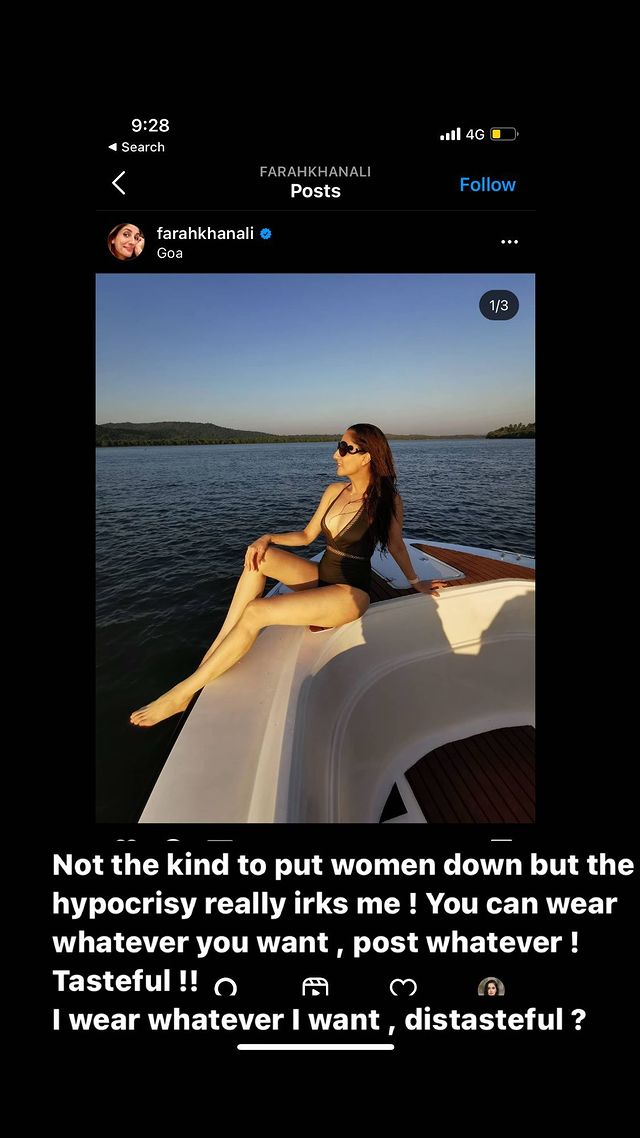 Urfi concluded by sharing Farah Khan Ali’s photo in a monocony dress and said “Not the kind to put women down but the hypocrisy really irks me! You can wear whatever you want, post whatever! Tasteful! I wear whatever I want, distasteful?

“PERSEVERE AND NEVER GIVE UP”, BEING ADVISED TO THE 750+ GRADUATES OF WHISTLING WOODS INTERNATIONAL AT THE 13TH CONVOCATION

“PERSEVERE AND NEVER GIVE UP”, BEING ADVISED TO THE 750+ GRADUATES OF WHISTLING WOODS…

“PERSEVERE AND NEVER GIVE UP”, BEING ADVISED TO THE 750+…