Bollywood’s fashion queen Urvashi Rautela has been treating her fans with some stunning pictures and we can’t get enough of it. The actress is mostly seen in one or the other gorgeous dresses which attract the eyes of the fans. and cant ignores the fact that the actress always dresses like a queen.

The recent picture of actress Urvashi Rautela wearing the black gorgeous gown with a plunging neckline and puffed sleeves giving her the look of a goddess. Urvashi Rautela captioned it ” 2021 smells like healing & blessings 🖤”. Urvashi recently opened up about her upcoming song which is the remake from the 60s era “Ek Ladki Bheegi Bhaagi Si” where Urvashi will be playing the part of Legendary actress Madhubala.
Check it out 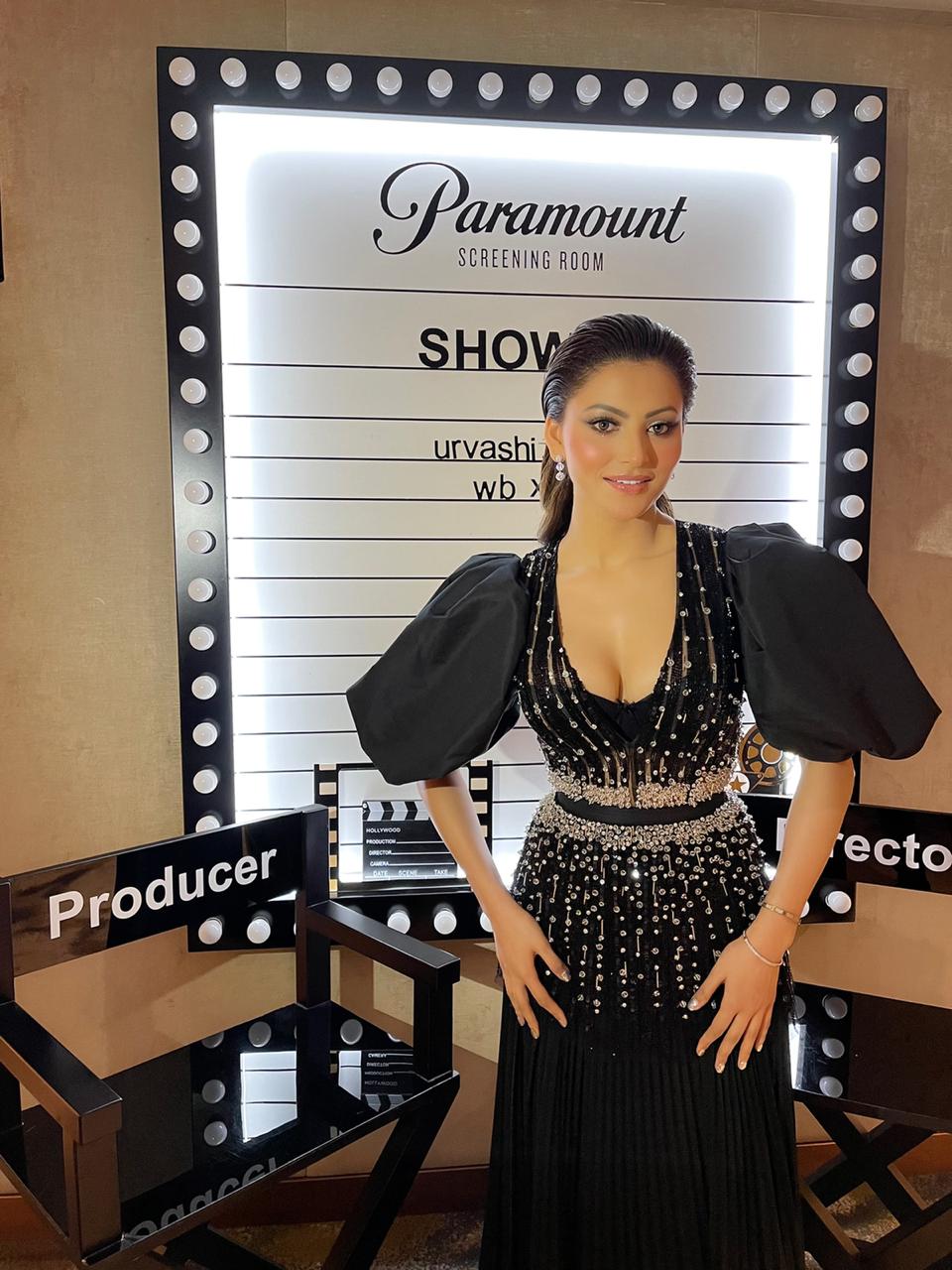 On the work front, Ms. Rautela was recently seen in a music video titled ‘Woh Chaand Kaha Se Laogi’ opposite television actor Mohsin Khan. Apart from that, she also has another music video titled ‘Teri Load Ve’. In an interview, she admitted that she enjoyed doing music videos. She was last seen in ‘Virgin Bhanupriya’. She will also be seen in ‘Black Rose’, which is said to be a bilingual thriller, and will be released in Hindi and Telugu. The team reportedly shot the project once the lockdown curbs were lifted. Recently the first look of Urvashi Rautela’s Tamil remake film “Thiruttu Payale 2”  created a huge buzz. The actress will be also seen in an international project opposite Egyptian superstar Mohamed Ramadan, the announcement for the project will be made soon.
Ek ladki bhigi bhagi siUrvashi Rautela
80
Share