Times Music release ‘Naam Ada Likhna’ is a recreation of Shantanu Moitra’s song of the same name, from the movie ‘Yahaan’. Originally sung by Shreya Ghoshal and Shaan, the track was first released in 2005. The music for the new rendition has been re-produced by Harshit Chauhan and is voiced by Madhubanti Bagchi and Shreyas Puranik. The music video features Divya Agarwal, and Varun Sood. This adorable couple is placed in the picturesque locations of Ladakh and the entire video is a vision to watch. Lyrics written by Gulzaar Sahab come to life as the video explores deeper meaning of love and togetherness. Varun Sood and Divya Agarwal have appeared in many reality shows like ‘MTV Spitsvilla’, ‘Bigg Boss 11’. They fell in love with each other on the sets of one of the shows and that’s exactly why their on-reel chemistry is remarkable in ‘Naam Ada Likhna’. Shreyas Puranik and Madhubanti Bagchi’s voices are refreshing and give the song a very young, fresh and raw vibe. The new rendition is re-produced and sung in such a way that it takes you to the highest mountains and the deepest valleys of love. “This is our first music video together. There’s no other way to say it, the song is beautiful, the lyrics are perfect and my co-star is amazing! Everything just fit perfectly together, couldn’t have asked for anything better,” said Varun Sood. “The music was so good that it was an instant yes, after we heard the track. Shooting in Ladakh was so much fun with Varun around. We are really looking forward to see how people will react to video. We hope they like it as much as we liked working on it”, said Divya Agarwal.  ‘Naam Ada Likhna’ is Times Music exclusive release and is available to watch/ listen on Times Music YouTube Channel. Naam Ada Likhna’ is a contemporary take on Shreya Ghoshal and Shaan’s song from the movie ‘ Yahaan’, composed by Shantanu Moitra. The new rendition is voiced by Madhubanti Bagchi and Shreyas Puranik. The music video stars the very famous and absolutely adored couple, Varun Sood and Divya Agarwal. Shot in picturesque locations of Ladakh and coupled with Gulzaar sahab’s mesmerizing lyrics, ‘Naam Ada Likhna’ is a treat to the eyes and the ears. The video is out on Times Music’s YouTube channel. 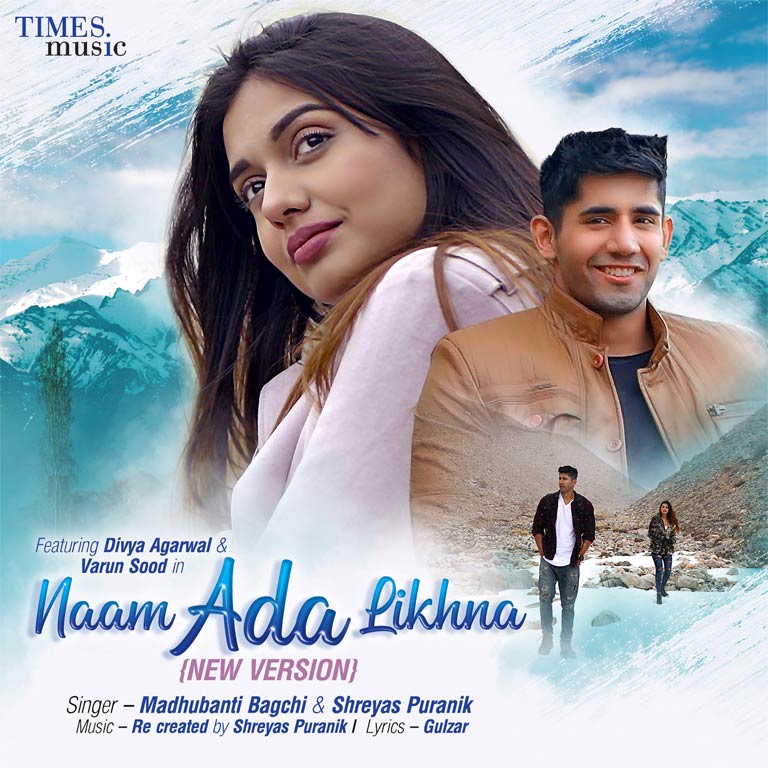