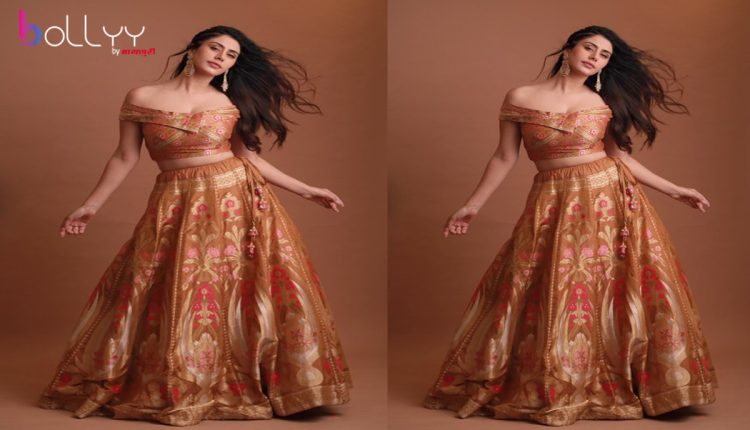 Warina Hussain Shells Out Some Major Fashion Goals In A Caramel-Coloured Lehenga Worth Rs. 1 Lakh 75 K!!

Surely, Warina knows how to ace not just Garba songs, but also the looks! Read on as we decode her look.

Warina Hussain is one of the most beautiful actresses in Bollywood. She has made a name for herself in the film industry courtesy of her acting skills. Besides her acting career, Warina keeps on making a loud noise in Tinseltown for her unique sartorial choices. The actress enjoys a huge fan following on the internet. And she often mesmerizes her fans by sharing stunning pictures of herself. Moreover, her impeccable sense of style, particularly her passion for ethnic clothing, is creating a stir in the fashion world. 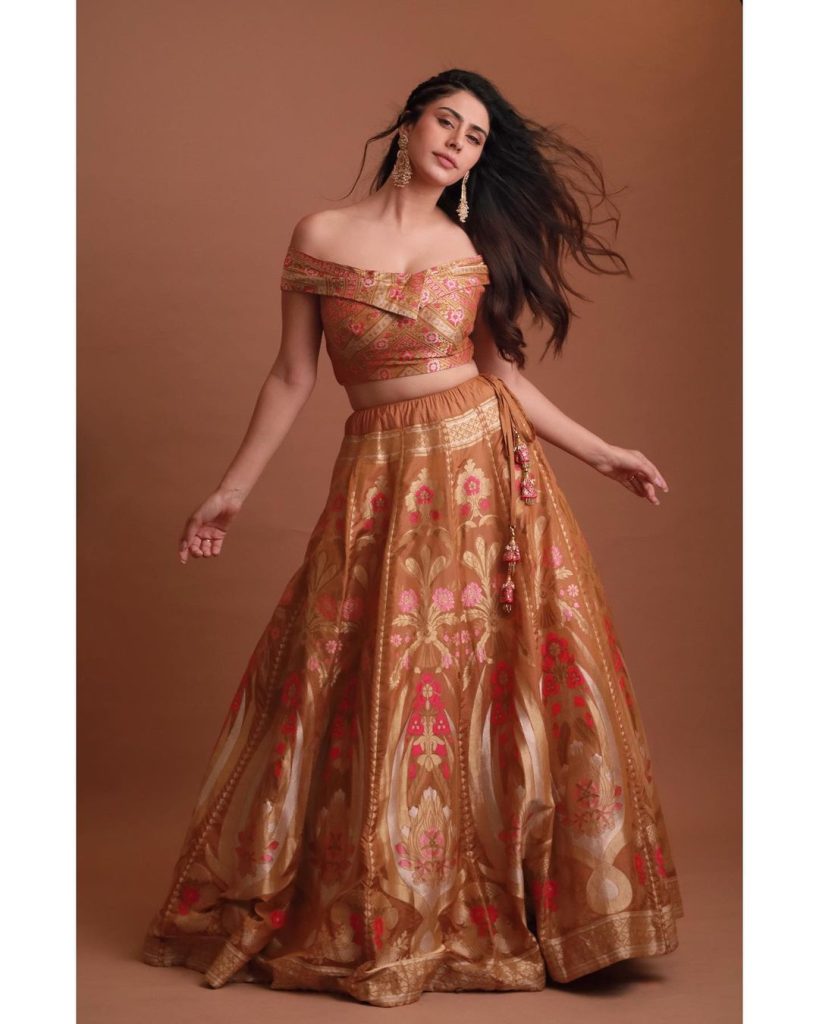 Warina took to her Instagram account and shared a series of pictures of herself. The actress looked divine in a handwoven Banasari Haathi Daant lehenga. To take her look a notch higher, she paired it with an off-shoulder blouse. A pair of earrings, kohl-rimmed eyes, and dewy makeup added stars to her look. On digging deeper, we discovered that Sara’s ensemble was from the shelves of ace designer, Sagrika Rai and cost Rs. 1,75,000.

Check out the photo now,

Warina gave some major Navratri look goals in this beautiful lehenga set. She exudes the total desi vibe in this outfit. She kept her look simple and elegant. She accentuated her look with a matching pair of earrings, Warina’s makeup added an enchanting touch to her look. Keeping her makeup minimal, she opted for nude lipstick, kohl-rimmed eyes, highlighted cheekbones, and blushed cheeks. The actress complemented her look with an open hairdo.

On the work front, Warina just wrapped up the shoot of her upcoming comedy film, Dil Bill. Apart from that, she is also shooting for one of her upcoming films, about which the official announcement will be done soon.