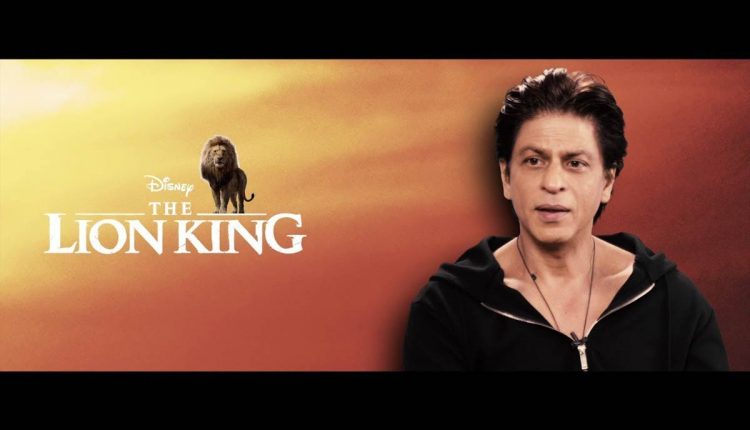 Watch How Shah Rukh Khan Brought To Life The Lion King In Hindi With This Special Behind The Scenes Video!

As Disney’s The Lion King is currently ruling the BO, presenting the special behind-The-Scenes how Shah Rukh Khan brought Mufasa to life in the blockbuster hit and family entertainer! After having conquered hearts with ‘The Jungle Book’ in 2016, Disney is all set to present its legendary franchise and crown jewel – the live-action version of ‘The Lion King’ – with ground-breaking technology that re-imagines the greatest story ever told. With rave reviews across the country and world, the Hindi dubbed version is especially getting tremendous love and support from fans everywhere!With a star-studded voice cast such as Shah Rukh Khan and Aryan Khan as Mufasa and Simba, along with Ashish Vidyarthi, Shreyas Talpade, Sanjay Mishra and Asrani rounding up the coterie for the character of Scar, Timon, Pumbaa and Zazu respectively, Disney has spared no stone unturned to bring to life one of the biggest family entertainers onscreen, desi style!Critics who have seen the Hindi version have largely agreed that the film is filled with beautiful, stunning visuals giving the feel of watching real animals in action, with a good versus evil story that reminds of a power packed Bollywood entertainer:  Action, Drama, Heroism, Revenge, Romance and foot tapping music all in one.

Priyanka Chopra Gets Trolled For Smoking