After a series of movie posters and behind the scene pictures of the trailer of Dhadak, the Bollywood debut for Sridevi’s daughter Janhvi Kapoor and Shahid Kapoor’s brother Ishaan Khatter is finally out! The movie is directed by Shashank Khaitan and produced by Karan Johar’s  Dharma Productions and Zee Studios which is all set to hit the theatres on July 20. 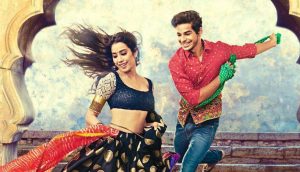 After watching the trailer it seems the rumoured couple Janhvi Kapoor and Ishaan Khatter will also be the new electrifying onscreen couple of Bollywood. 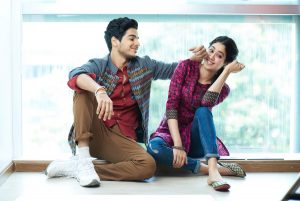 Apart from the beautiful romantic song ‘Dhadak’, their cute chemistry while dancing to the song is something which is much talked about at the event.

And now a recent video which is going viral, where we can see Ishaan protecting Jhanvi from a crazy fan when they came out from a movie theatre after watching a movie. That fan was so desperate to take selfie with Jhanvi that he came very close to her. Handling the situation, Ishaan accompanied Jhanvi to the car.

Watch the video below