After Ranbir Kapoor, it's Manisha Koirala who is going to blow your mind with her amazing transformation in the movie

Sanju’s trailer already created a lot of buzz and the resemblance of Ranbir Kapoor in the movie with Sanjay Dutt is the latest talk of the town. The movie is based on the life of Sanjay Dutt which will decode various stages of his life in the movie. There are also many other actors like Vicky Kaushal, Sonam Kapoor, Anushka Sharma who will play the character of people that is related with Sanjay’s life in the movie.

Director Rajkumar Hirani tried his best to match up all the reel life characters to its real life person and now after Ranbir Kapoor, it’s Manisha Koirala who is looking very similar to Nargis Dutt in the movie. Manisha will be playing the character of Sanjay’s mother. Some days back, the poster of Sanju was released which showcased the uncanny resemblance between Nargis Dutt and Manisha Koirala. 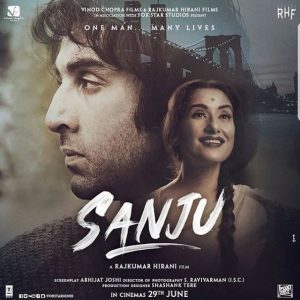 Recently, an Instagram photo was spotted where we can see Manisha Koirala’s picture at one side and Nargis Dutt’s picture at the other side and both of them are looking exactly like each other that we bet no one can spot a single difference between them.

Check out the image below

Only a few people know that Sanjay Dutt shared an emotional journey with his mother that ended with the demise of Nargis Dutt. Sanjay Dutt spent his youth doing drugs while his mother Nargis Dutt battled away cancer in the US from where she used to record tapes for her son. Listening to the words of his mother, Sanjay Dutt had an emotional meltdown which made him took up fitness and had a phenomenal transformation.

KAREENA KAPOOR KHAN: I WAS TOLD THAT I WON’T GET FILMS AFTER MARRIAGE, I CHANGED THAT