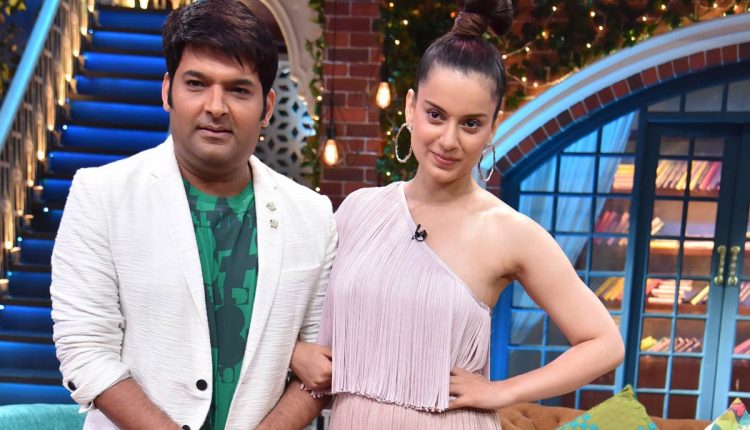 Kangana Ranaut, one of the best actresses in the Bollywood industry, known for her strong character portrayals in blockbuster movies such as, ‘work in Tanu weds Manu, Fashion, Manikarnika and Queen will be seen in the upcoming episode of Sony Entertainment Television’s popular comic show The Kapil Sharma Show. The actress who graced the show to promote her upcoming movie, ‘Judgemental Hai Kya’ had a lot of fun and candid moments on the show with host, Kapil Sharma.

In a conversation, Kapil asked Kangana that whom according to her should get the tittle of, ‘health ministry’ and ‘home ministry’ in the Bollywood industry? To which Kangana responded by saying, “I feel, the tittle for health ministry goes best with Akshay Kumar. He is the one who hasn’t touched alcohol and smoked in his entire life. Also, he is very particular about his fitness and daily routine activities. As per what he has told us, he goes to bed at around 10pm and is seen on the beach at 3 am in the morning doing his yoga and regular exercise.”

Moreover, mentioning about the title of best home ministry amongst the Bollywood industry kangana says, “For home ministry I feel the title should be given to Kareena Kapoor. She is very particular with her management skills. She manages her house, her family and her success as well.”

Further in the show, Judgemntal Hai Kya actress Kangana will be seen talking about how she loves cooking parathas and pakodas during her free time which surprised her fans and the entire audience. She will be also seen reliving her Queen days and shake a leg on her famous song from the same film, ‘London Thumkda’ with Kapil and one of the audience members.

For an entertaining weekend, tune-in to watch The Kapil Sharma Show every Saturday and Sunday, 9.30 pm on Sony Entertainment Television!

Viral On Tiktok!! The Wakhra Song From Judgemental Hai Kya Is One Of The Most Viral Songs