Asia’s premier institute of Film, Communication and Creative Arts, Whistling Woods International (WWI), is hosting the CILECT (Centre International de Liaison des Ecoles de Cinéma et de Télévision) World Congress 2018in Mumbai. Adhering to this year’s theme – Directing The Future, the four-day annual event witnessed coming together of over 200 delegates, representing several film and media institutes from across the globe, to discuss about film education and the future of training for the next generation of filmmakers. This is the first time since CILECT was founded in 1955 that a film school from India has been entrusted with the responsibility to organise and host the conference.

Lord David Puttnam, Academy-award winning producer of the classic film, Chariots of Fire, said in his keynote address, “To be hosting the CILECT Congress is remarkable for Whistling Woods International. Most of the schools who have hosted the congress earlier have been around for a long time. So, within 12 years to have CILECT accept WWI to host the congress means the institute is up there, which is an incredible achievement. Whistling Woods International should be very proud and feel privileged.”

Subhash Ghai took the opportunity to welcome the delegates and highlighted WWI’s role in preparing future filmmakers, “It is important for educators to teach students to be explorers and not just believers. Every artist has to be a technician and all technicians must be artists.” He also stressed on how necessary it is to train and prepare students to usher into a better future and thereby, develop an intelligent, enlightened next generation of cinema.

In her usual wise and elegant demeanour, actor Shabana Azmi addressed the audience with an insightful quote saying that the birth of reinvention always falls onto the next generation of students. She emphasised that education should be focused on innovation, putting facets like curiosity, critical thinking and creative brainstorming at the centre of a curriculum. Highlighting the necessity of the CILECT World Congress, she stated, “Conferences such as CILECT help discuss successes and failures, evaluate options and find ways of addressing the real problems.”

The session progressed as Lord David Puttnam commenced the keynote session, speaking about the relationship between various aspects of filmmaking, the topic being – Choosing a Partner (It’s a bit like a Marriage Really). He further discussed the relationship between producers and directors and how it needs to be “Two become One”, the only way great movies can be made.

Ravindra Velhal, Global Content Technology Strategist, Intel Corporation, the second keynote speaker, discussed – ‘The Future of Immersive Cinema: Where Technology Meets Story’. In agreement with Lord Puttnam’s insight, Velhal stated, “As it should be between Producer-Director, so it should be with a Technologist and a Storyteller.” He showcased some of his behind-the-scenes work on major blockbusters, discussing how cinema is evolving from Pixels to Voxels.

Films nominated for this year’s CILECT Prize were screened at the event; they encapsulated the audience, who gave each one a roaring round of applause. The films included – Facing Mecca, by Jon-Eric Mack under the Fiction category; Find Fix Finish, a documentary by Sylvain Cruiziat and Mila Zhluktenko; and Poles Apart, an animated short by Paloma Baeza to name a few.

A tour through WWI’s beautiful campus brought the event to a close and culminated with dinner. Attendees were treated to a lively performance by the students of WWI School of Music followed by acclaimed Indian percussionist, Sivamani who enthralled the attendees with his engaging stage presence and outstanding music. 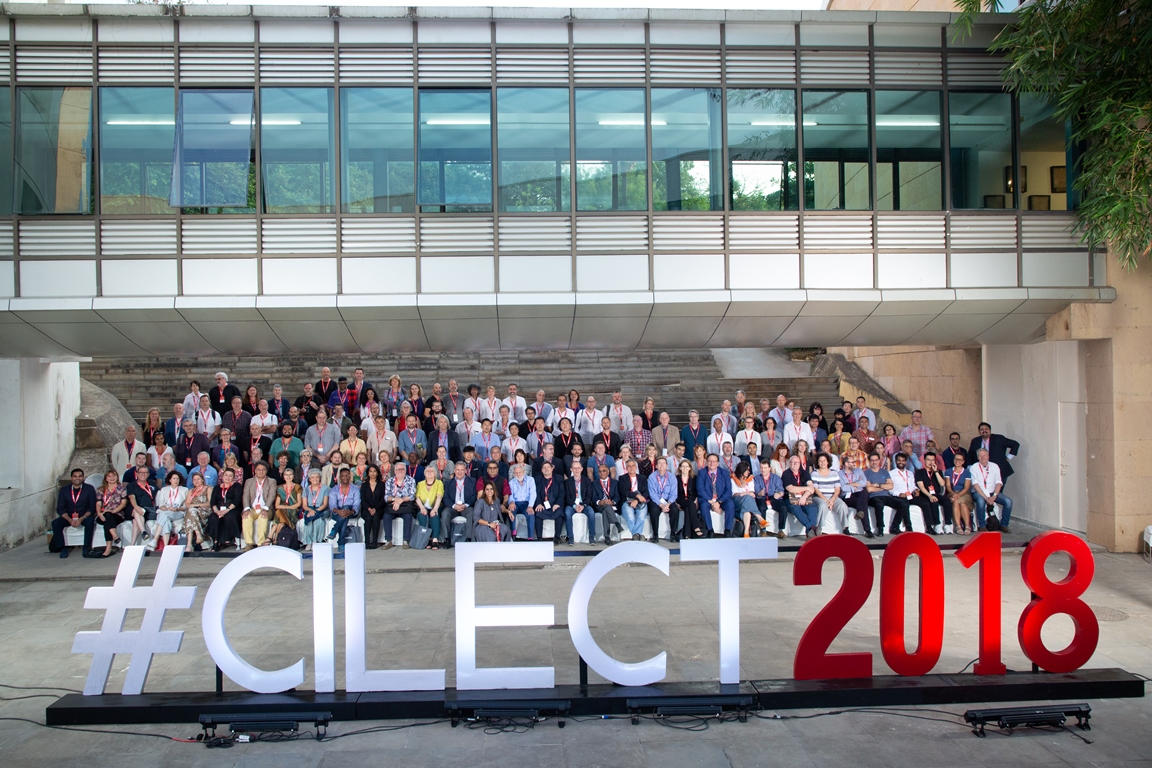 The inaugural day for CILECT Congress 2018 was a roaring success, full of insights and innovative approaches to the future of education in cinema. There’s more to come in and it promises to be an exciting event.