The marketing strategy and promotion is a very big factor behind any movie getting hit or flop. Shah Rukh Khan boarded a train from Mumbai to promote his film ‘Raees’. Like that many other movies like Kahaani, 3 idiots, Ghajini have opted for unique promotional strategy. Recently, Padman challenge is the one when celebrities were seen posting their pictures on social media posing with a pad.

Salman Khan’s Race 3 is considered to be the biggest release of the year and that is the reason the team felt that the superstar’s thriller deserves a bigger platform. The makers are drawing up an elaborate marketing strategy to promote the film and thought of attaching the trailer of the movie with  Avengers: Infinity War. 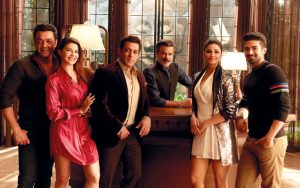 Hollywood superhero film Avengers: Infinity War is already creating buzz among the viewers because it brings together all of Earth’s mightiest heroes in the fight against the bad. The makers of Race 3 will be attaching the trailer of the movie with the release of Avengers: Infinity War that is scheduled to open on April 27. 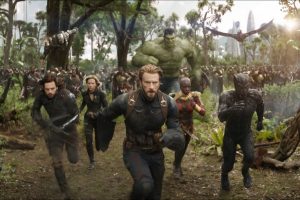 According to a leading daily, a source revealed, “Avengers is expected to hit more than 2000 theatres in India. Attaching the Race 3 trailer stems from its expected viewership across the country. Salman enjoys a huge fan-following among the youth who are bound to watch the Hollywood film too.”

“With Salman joining the cast, the team wants the third outing to be bigger and better,” the source further added.

Race 3′ is all set for an Eid release on June 15, 2018 and the great starcast of the movie will be going all out with multi-city tours to promote the Eid offering.