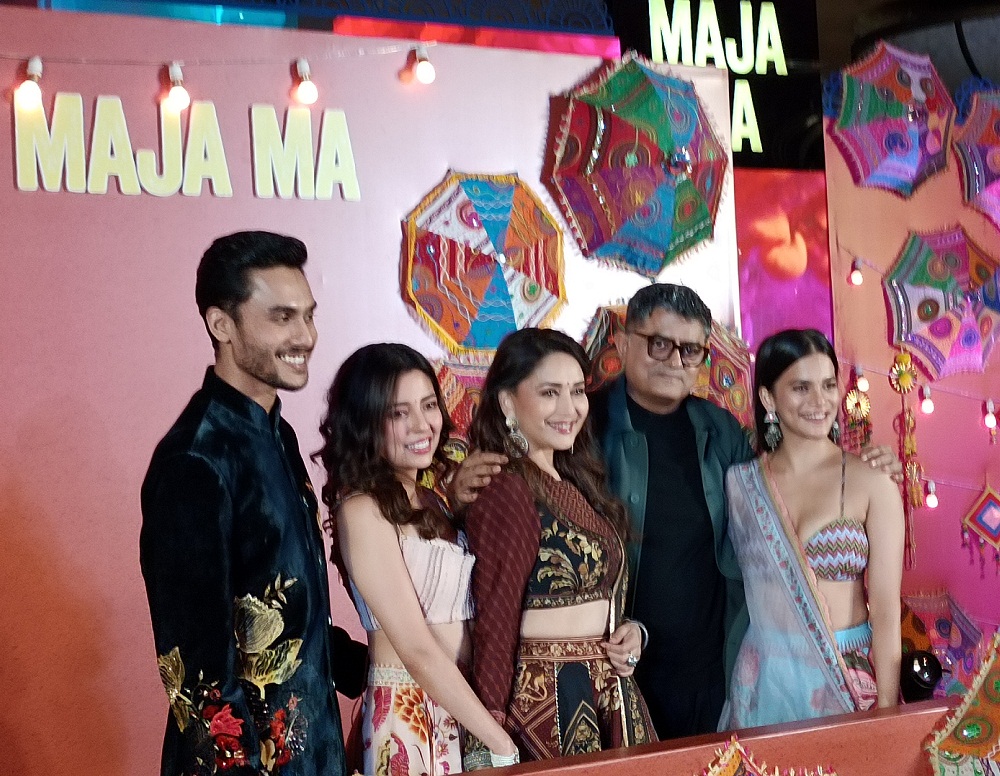 Versatile Madhuri Dixit who plays the central character Pallavi Patel explains why she took up this role. “ It’s a pivotal resilient woman-centric story character who has the strength of her conviction . She is a caring wife, doting mother, concerned friend—a  central guiding force who with her aura binds the society together, It was wonderful working with brilliant director Anand Tiwari, and amazing co-star actor Gajraj Rao  and other young talented co-stars Ritwik Bhowmik, Barkha Singh and Srishti Shrivastava. In fact, for the first time I played Garba ‘( dance song Boom Padi ) in my acting career . The movie is so much like a Hindi blockbuster movie with a spectrum of emotions, drama, domestic family conflicts, romance, festivities wedding, laughter , gravitas lovely lively songs relatable, relevant characters and lots of take-aways,” assures Madhuri 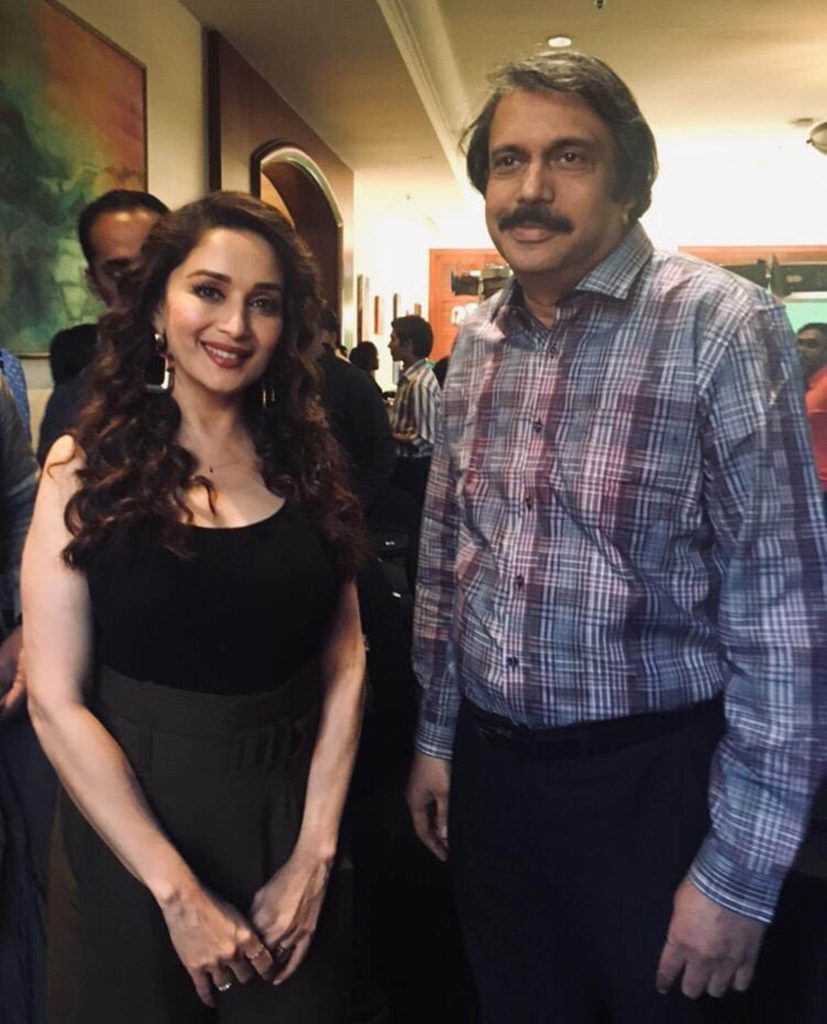 Was it a challenge for Madhuri stepping into a Gujarati character ? “ Homestly, I have played a Gujarati screen-character earlier in my previous big-screen comedy movie ‘Total Dhamaal’  ,But this character  Pallavi in ‘Maja Ma’ is very different. Must share that during my school and college I had lots of Gujarati friends and I do understand and speak quite a few Gujarati words and phrases   Frankly, I really love Gujarati culture, their food and snacks . Once on a 16 hour overseas flight to the US,  where the  in-flight food was not good, I carried with me Gujarati ‘thepplas’ ( spicy dry snack similar to soft parathas or rotis) and relished them all thru the flight,” laughs madame Dixit 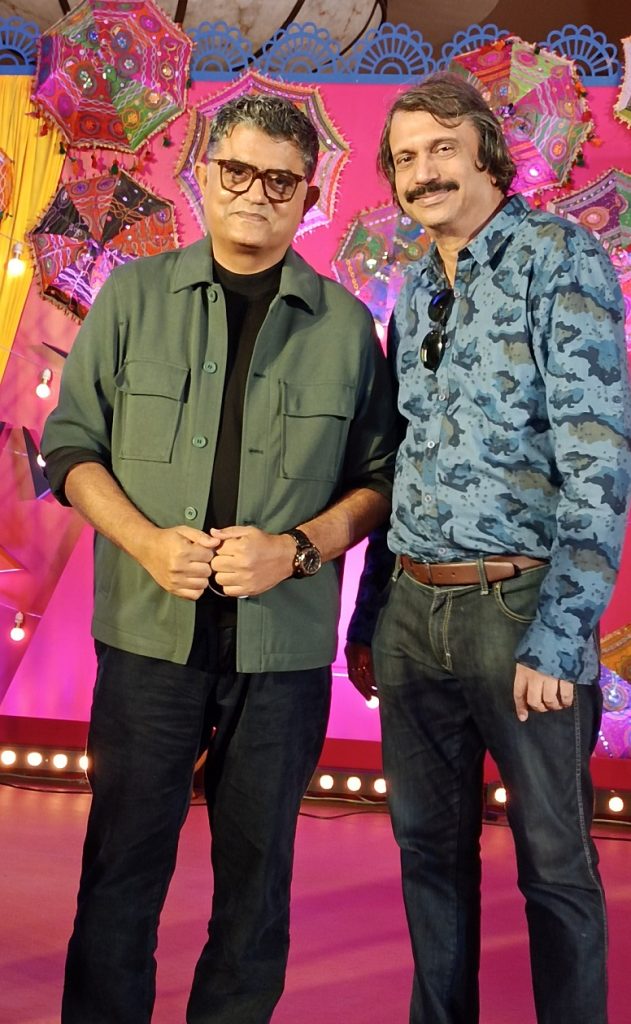 Meanwhile co-star Gajraj Rao [ of ‘Badhaai Ho’ hit movie] fame seemed overwhelmed with some of his thrill-fan-moments as he also shared how he was so impressed  watching exemplary Madhuri’s professional conduct and discipline on the sets of ‘Maja Ma’.Recalls Gajraj, “Not even once did mega-star Madhuri leave the sets without the prior permission of  movie director Anand Tiwari. What also impressed me, was that despite being such an iconic star, she was so friendly-playful-courteous with absolutely no star-tantrums during the shoot, during lunch-break or after her pack-up.”

The agile charismatic ‘Ram Lakhan’ and ‘Devdas’ movies lead actress, who once swayed the nation with her iconic number, ‘Ek Do Teen’, [from Tezaab ] was in Mumbai for the fanfare trailer launch of her upcoming Prime Video streaming movie ‘Maja Ma’ which starts streaming from October 6th, just a day after auspicious Dussehra day. 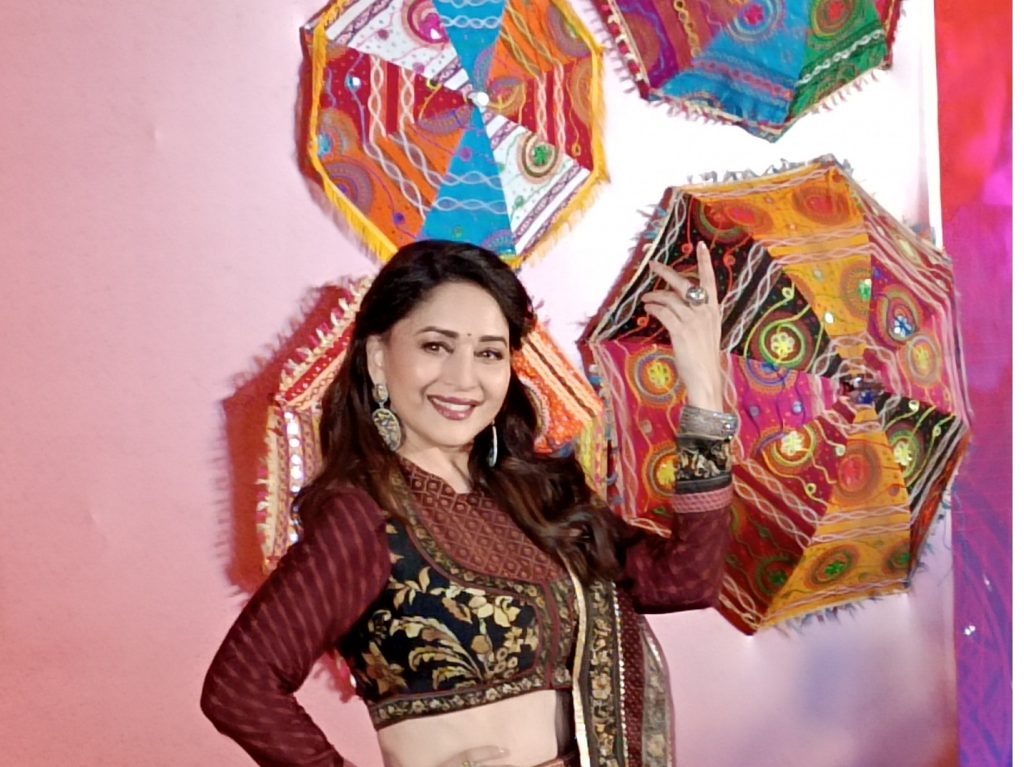 Sensational screen-queen Madhuri Dixit took to the ‘Maja Ma’ stage to do what she does best – present a live graceful Garba dance performance. Time seemed to freeze as she set the stage on fire with tantalizing moves and divine grace.

The agile Madhuri  also danced with  a few male and female members of the media fraternity on the pulsating rhythmic song, ‘Boom Padi’.from ‘Maja Ma’ at the classy live event which was brilliantly compered by the exuberant witty emcee-anchor Sachin V. Kumbhar

The trailer was launched of the Madhuri Dixit starrer ‘Maja Maa was held late afternoon at the swanky Juhu J W Marriott hotel.