Why Shyam Benegal returned to ‘direction’ after 12 years, with bio-pic on ‘Bangabandhu’ Mujib ?

Veteran yet enthusiastic acclaimed film-maker ‘Padma Bhushan’ Shyam Benegal ( he has won 18 National Awards !! ) despite his advancing age of 87, has successfully completed his magnum opus bio-pic “Mujib – The Making of a Nation” – Chaitanya Padukone 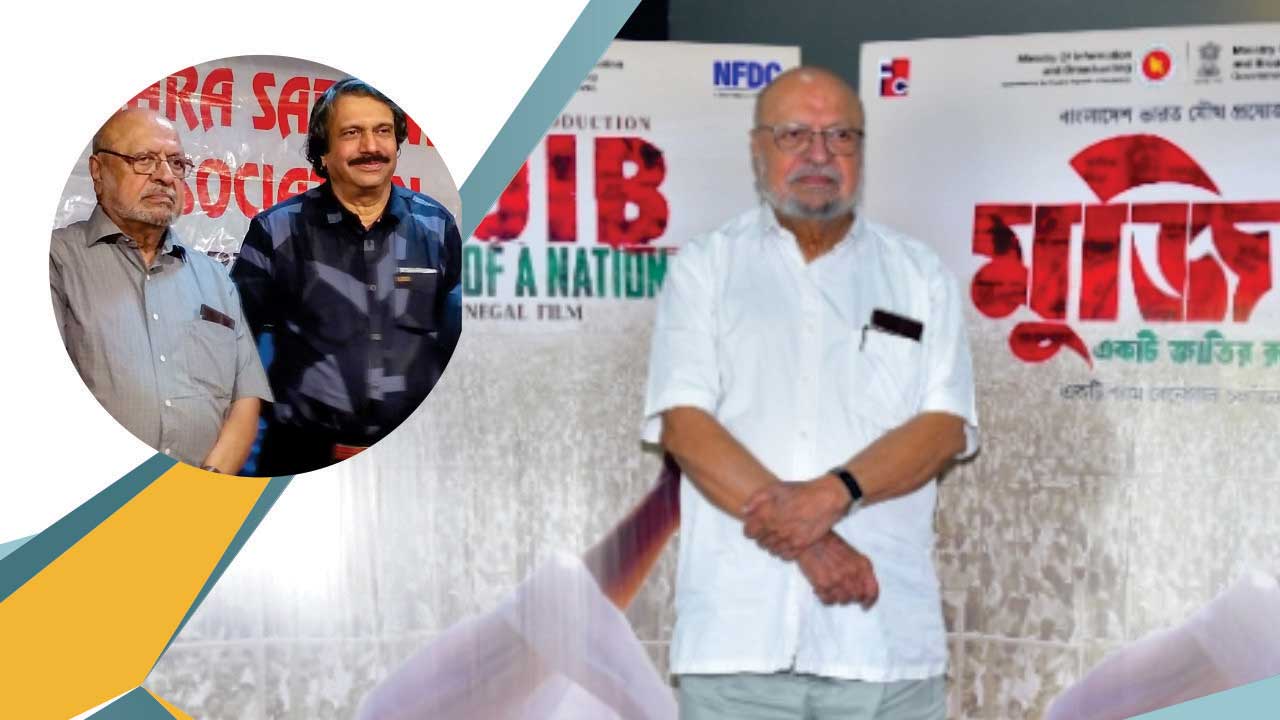 The engaging bio-pic is an authentic cinematic portrayal of the historic hero of Bangladesh ‘late’ Sheikh Mujibur Rahman known for his resilience and fiery spirit..

The completion and the unveiling of the poster was timed to coincide with the 102nd birth anniversary (March 17th ) of revered ‘Bangabandhu’, who during his life-time always had warm cordial relations with India.

Incidentally, this movie marks the return of versatile Benegal-Sir to movie-direction after a long sabbatical-break of 12 long years.

The last movie he directed was ‘Well Done Abba’ (2010) . Clarifying to the media, showbiz veteran Shyam-babu Sir emphasises while interacting with the news-media, that he “never ever wanted to give up direction and movie-making.

One needs to find the right subject that excites you and then have the right people to finance the project. and make it happen. Besides, the cinema audience seems to be shrinking mainly with the rapid boom in television space ( TV shows) and now the surge of digital OTT ( web-series) content . 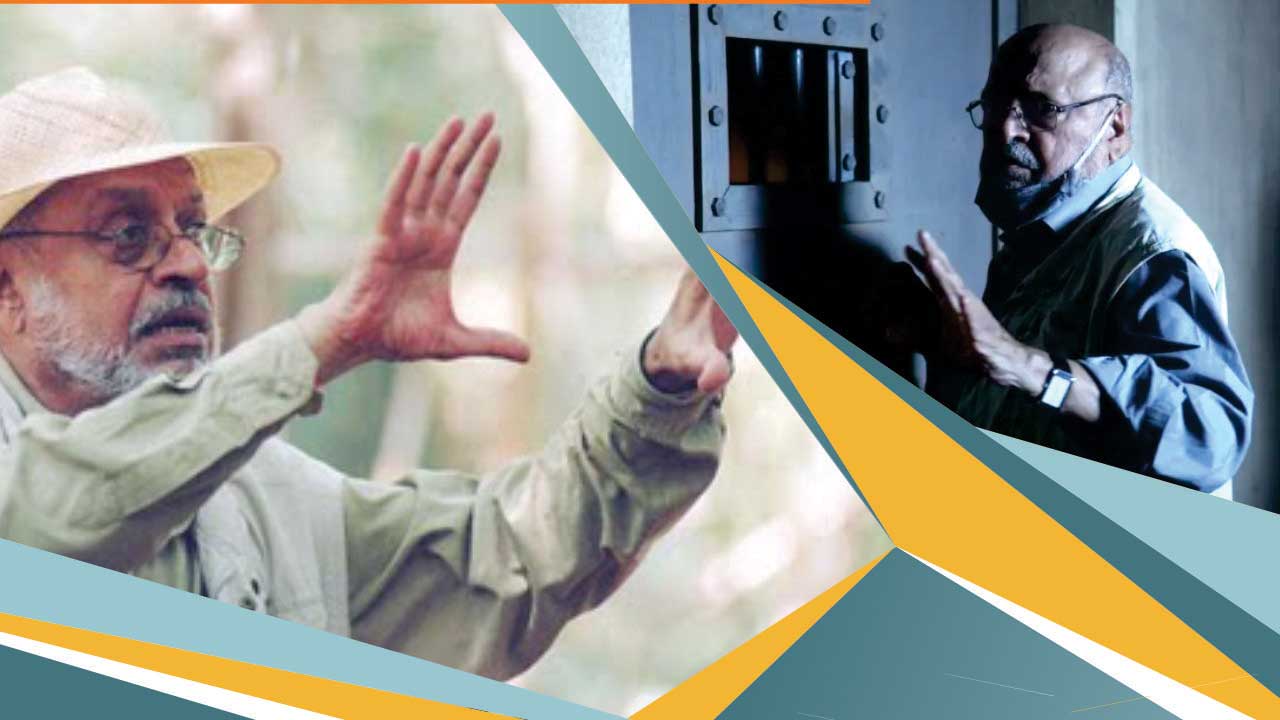 All this has impacted the big-screen cinema business,’ grouses the outspoken Shyam Benegal. who got the full support of ( Rahman’s daughter) Sheikh Hasina, the current honourable Prime Minister of Bangladesh. She also provided valuable inputs and data for the making of the film.

Incidentally in the past, versatile ‘showman’ Shyam-babu Benegal ( whose mother-tongue actually is Konkani) has diligently made and directed several historical documentaries and memorable historical feature film ventures including ‘Making of the Mahatma’ (1996) and ‘Netaji Subhas Chandra Bose—The Forgotten Hero’ (2005).

“There was no censoring of any kind from the family,” assures Benegal of the milestone bio-pic film that has talented Bangladeshi star-actor Arifin Shuvoo enacting the role of iconic Mujib.

Several other Bangladeshi top actors including the beautiful, multi-faceted popular Nusraat Faria will play the younger version of Sheikh Hasina. Inspired by Mahatma Gandhi, Mujibur struggled against the disparity and deprivation between West Pakistan and East Pakistan and against the Pakistani Military rule.

Imprisoned for about 11 years between 1947 to 1971, he strived and achieved an independent and sovereign state Bangladesh that’s why Mujib is known as the Father of the Nation of Bangladesh and ‘Bongabandhu’. 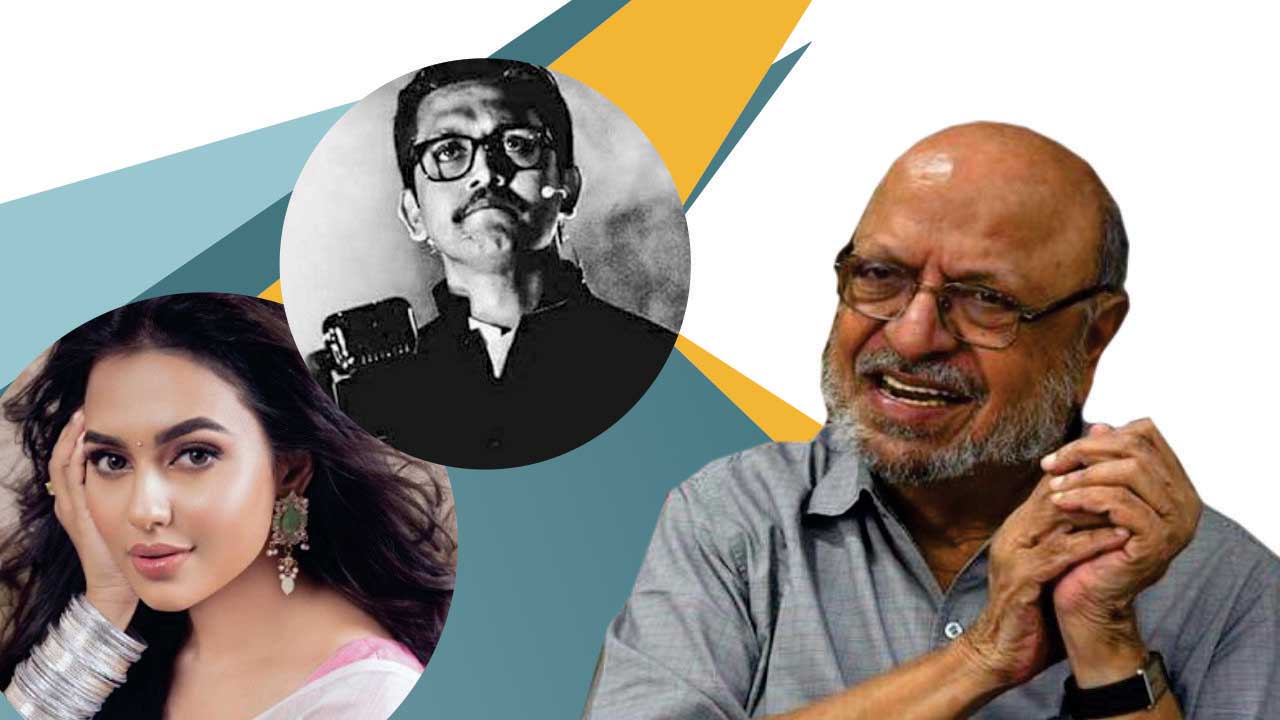 Director Shyam Benegal says, “I am glad to be working on this feature film, it has always been a fruitful association working with NFDC since its inception and now collaborating with BFDC (Bangladesh) was a joyful experience.

Mujib – The Making of a Nation, remains a very emotional film for me. To bring Bongabandhu’s towering life on reel is a tough task, we have portrayed his character in an uncompromising way. Mujib, remained a great friend of India, we hope the poster connects with the audiences.”

This bio-pic on legendary Mujibur-Rahman, is written by Atul Tiwari and Shama Zaidi. The line producer of the film is Satish Sharma, the action direction is done by Sham Kaushal, the editor is Aseem Sinha, the Associate Director of the film is Dayal Nihalani, costume designer is Pia Benegal (Shyam’s daughter).

World Poetry Day: Celebrities share what poetry means to them

Fans still could not get over from this avatar of Prabhas