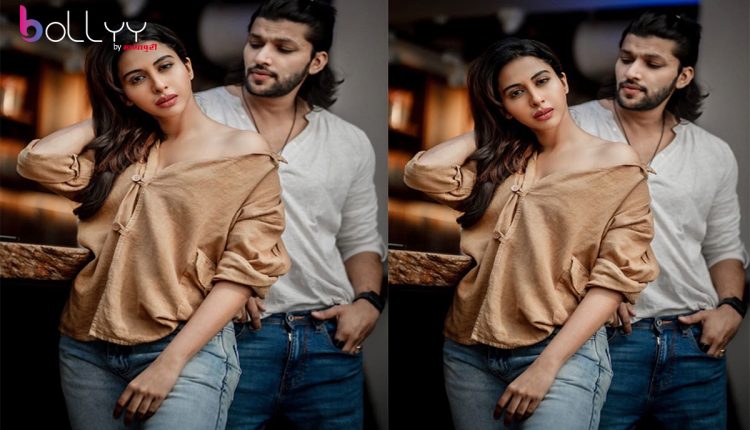 Naagin 6 Star Gayathiri Iyer who made her bollywood debut with the movie Raid, opp Ajay Devgn and Yaara movie antagonist Shaurya Khare are currently making headlines due to their off screen camaraderie in person and on social media. Yes. As per reports Naagin 6 actress @itsgayathiri is dating Yaara movie star @shauryakhareofficial

Gayathiri and Shaurya, who have known each other for a couple of years have grabbed eye balls with their fun banter on social media. The duo collaborated for the first time for a romantic track ‘Meherbaani’ 2 years back and as per the reports the two were seen quite comfortable with each other’s company. The crew of the project witnessed their growing chemistry and that the two had a lot in common to share and that Gayathiri did find Shaurya’s sense of humour quite funny and the two continue to maintain their “close relationship” keeping things private.

A birdie informed us that these lovebirds will soon be flying to Maldives too, to celebrate Shaurya’s birthday which is in October. Well! We haven’t received any official confirmation yet, but there is surely something brewing between these two power houses.

On work front Gayathiri was previously seen playing a pivotal role in Naagin 6. She is undergoing script reading and has a number of projects in the pipeline. While Shaurya will be soon seen in the movie Dhamki. He is also in cahoots for joining hands with actor Sooraj Pancholi for his next.