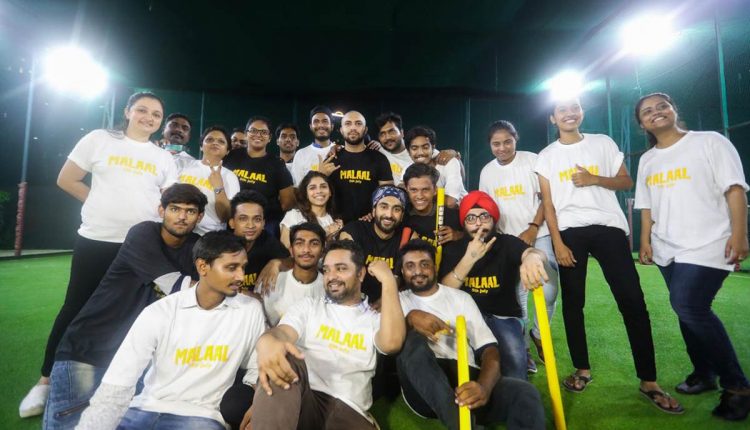 The World Cup fever is at its peak! Being no exception to this craze, Malaal actors, Meezaan and Sharmin Segal have been taken over by the cricket fever, especially the winning streak of India!

Sanjay Leela Bhansali is set to launch Meezaan and Sharmin Segal with Malaal under the Bhansali Productions banner that also marks its first collaboration with T-Series.

The young promising stars have already caught everyone’s attention with the trailer of their highly-anticipated film.

But unlike the silver screen, the promising stars were not on the same side. The cricket teams were divided into Team Meezaan and Team Sharmin with the photographers.

The entire match ended up being a fun and exciting event, with Meezaan and Sharmin enjoying with the media. It had moments of thrill, excitement and above all a great camaraderie between the actors and the paparazzi. The rising stars ensured that this cricket match will go a long way down the memory lane for everyone.