World Tv Day: Our Favourite Telly Actors Share Their First Memory Of Having A Television Set In Their Lives

From black and white to colour, TV won’t become irrelevant: Our favourite telly actors share their first memory of having a television set in their lives, with Jyothi Venkatesh and also talk about the impact of digital content on TV.

One of my first memories when the television set came to my house was watching Zee Horror show. We all would get so scared mostly in Amavas ki Raat. My cousins and I used to sit together and watch that show. So these were the fun memories of those days. Then Cartoon Network came. If I look at television, then so many channels , shows are there and there is so much of content. Now, there is much more content with the advent of web series. All this have added so much to the competetion as the viewership gets divided due to limited audience.

It was like a festival for us when the TV set came to our house for the first time. It was a second hand television named JK TV. On the very next day, we found a defect and it needed almost three days  to get repaired. Then we also put a big antenna for that TV, it was a fun memory. We used to watch HUMLOG- which was the first daily soap . Then they were many other  serials like Waah Janab ; Rajni; Yeh Jo Hain Zindagi. Nowadays, there is tough competition as there is a wide variety of content from every side of the world. After Netflix, webseries and the internet era, TV has got huge competition. So I  don’t think that the viewers of TV will increase. But I think the positive side is that the audience will be exposed to a wide variety of content and they will have a wider choice 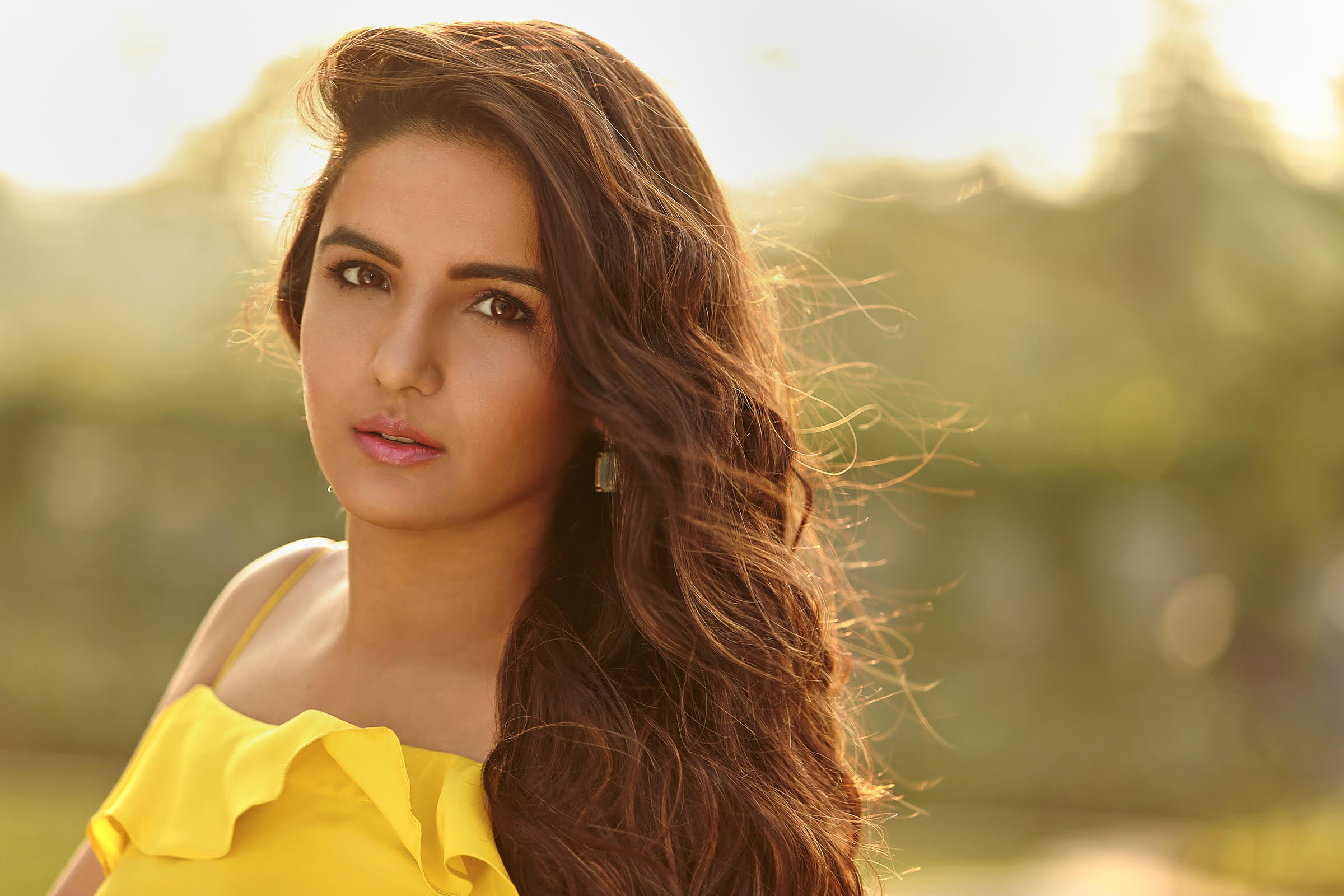 The first memory of television in my life is of us having a black and white TV on which we used to watch serials like Parampara, Banegi apni baat; with my Dadima. Then my uncle bought a colour TV. We had a joint family and there was only one TV in the house. So, on Sundays, Ramayan and Mahabharat used to come on TV and we used to sit together and watch it. I think there is lot of competion due to  web-series but I don’t think that TV will lose its importance ever as it bonds and connects the family in small cities. It’s like a tradition that the whole family sits together and watches it. For example say a cricket match is on. It can never be enjoyed without friends and family. I think there should be an increase in improvisation of content so that TRP increases. 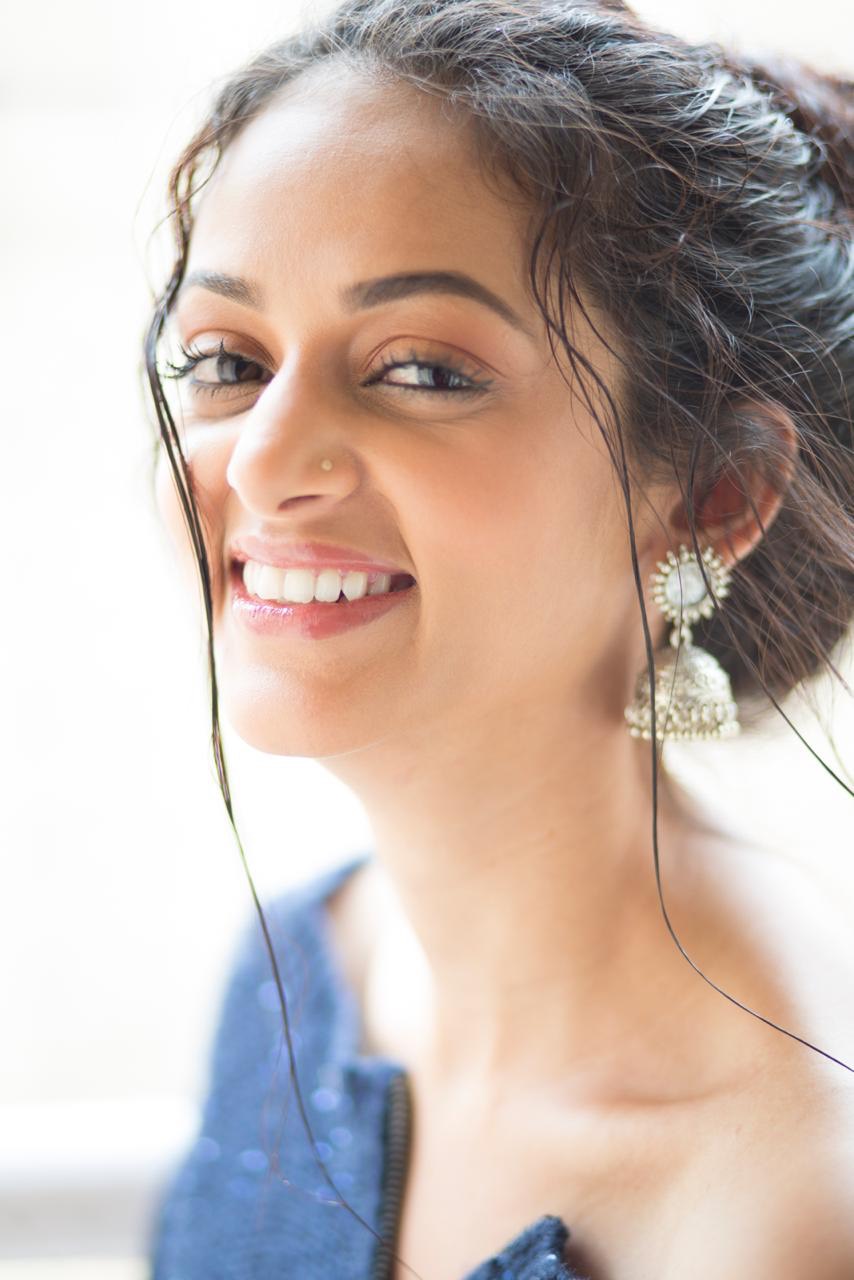 I still remember that there used to be a small television at our place and the first show I watched was Shaktimaan; then Kasauti Zindagi KI, Kyuki Saas Bhi Kabhi Bahu thi. I remember that I had exams when I was in class 6 and there was a good track on Kausati. So, I tried to watch it, hiding from my mother. When flat screen TV came at our place, we used our old TV for playing games. Yes, I think web series and all will create impact on the viewers of small screen. I think in small towns, people watch TV more. But in big cities people watch more web series. As nowadays, the audience have become very smart, they don’t want to watch stories with 10 marriages in it, they want to watch real life based stories. I think the competition will be tough and everyone has to counter this competition. 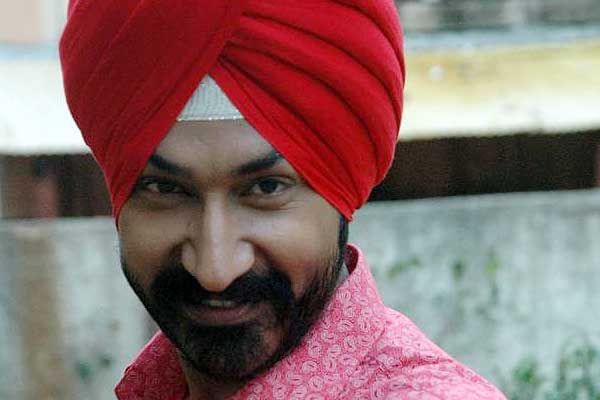 I remember we used to go to our neighbours place to see movies on Sunday and we also used to watch Chitrahaar which would come once a week. Then, very soon, we bought our first black and white TV. When the TV came to our home,  it was like a big celebration. Then Chitrahaar started 2 days a week and we used to love it. Competition is everywhere but when you will give good content, the audience will come to you, whether its web series, a show on TV or movies. Everything has its own importance. Audience don’t have time, they will only go there where they get worth of their time and money. I think competition will lead to creating good content and its good for the audience as they will get a variety of content. 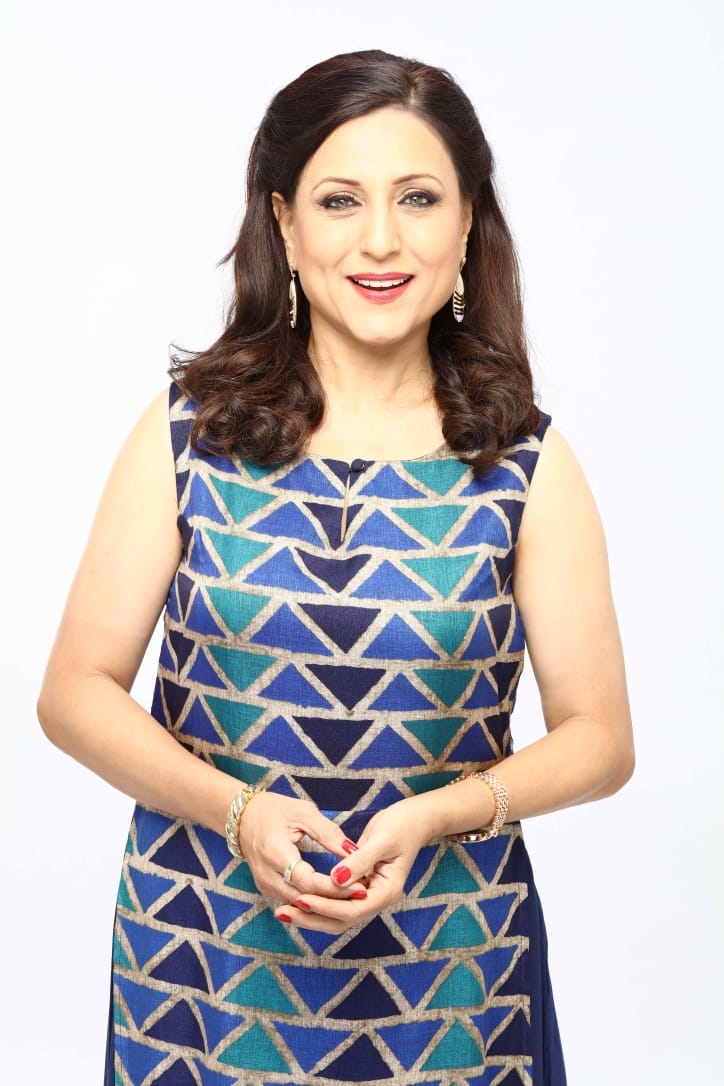 I remember, as a child, my dad got our first black and white TV set and our family was so excited. The TV timing was only 6 pm to 10 pm, so we used to watch all the programs, Hindi and marathi, during this time. Then when we got a colour TV set, I realised that cricket matches were in lawns and not on tar roads. Then more channels came in and by then I had started acting and my interviews and films started being telecast. Now, the scene has changed completely. There are too many channels, digital entertainment…somehow consistency and sustaining power of programs is lost. Though we need entertainment and info on the move, I really miss those days when life was more sorted and focused and at a much relaxed space. All web series don’t get the same limelight, but yes a lot of new content is being explored. I feel because of censor liberty, nudity shouldn’t be often exploited. The big advantage is  that a lot of new talent gets work. All digital content should be handled with responsibility.

The first thing I remember that I was watching some movie at my neighbour’s house and there was an interval, so I came back to my house to eat something and when I rushed back there. They didn’t allow me to enter with the excuse that they needed to sleep. I started crying and came to my dad ( I was only 7-8 yrs old that time) and my dad bought a new TV the very next day. It was a TV with a shutter. My favourite TV shows were Ramayana, Mahabharata, Chandrakanta, Tenali Rama and the most favourite one was that anthem …Mile Sur Mera Tumhara.. I always used to wait for that last part.. where Amitabh Bachhan, Mithun da and Jitu ji appears. Yes, ofcourse digital media will effect TV viewing. In fact, it has started effecting TV shows as well as the movies also. But there is nothing to worry as TV shows have their own charm and television viewers will always be there. 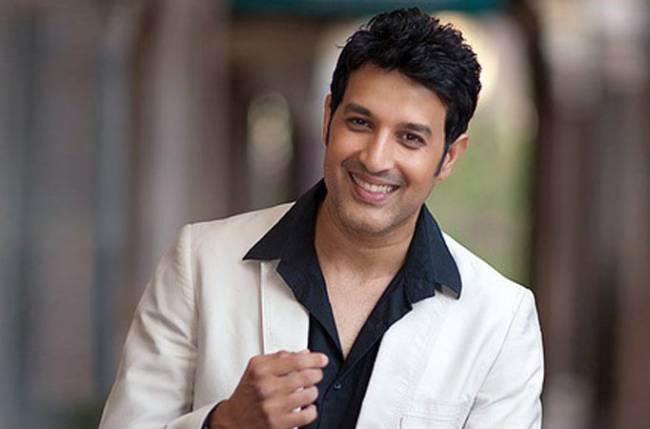 I belong to black and white era of TV. It used to be a luxury to watch TV back then, forget about owning one. Strangely the television was placed on a very high level, and not on eye level. A proper box was made for it and it used to be covered all the time and except when a show needed to be seen. The most memorable part was the Doordarshan logo and if I am not mistaken it used to start at around 6 in evening. Watching television was an event, especially the film that use to come on Sunday. We would eagerly wait to see which film will be played and a whole lot of people from our area used to come and see the film. My favourite show back then was Fireball and Star Trek and ofcourse Chayageet, since I have always been musically inclined. Now, people have a lot of options, web series are the in thing now and there are a lot of people who have stopped watching regular channels. But in small towns television still has its own charm and audience. Yes, the internet will definitely create a dent on regular television shows but it shall not die, rather will give more choice to the audience. 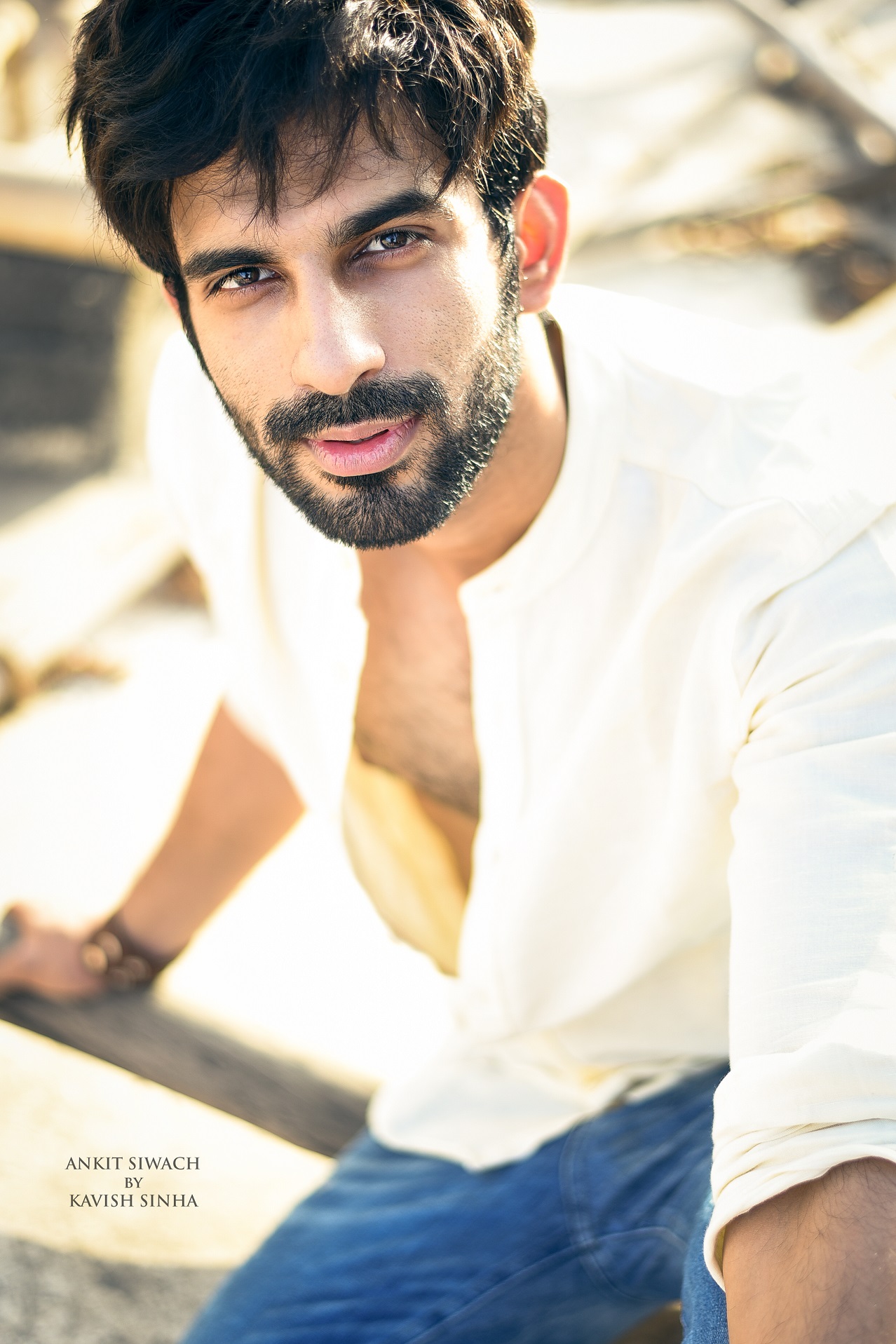 I still remember the first  one we had at our home was an Onida TV. There was a huge antenna on the terrace and that was connected to the TV. There was prominent electricity problem then, so we hardly got to watch TV, instead we used to spend more time playing indoor or outdoor games. Whatever shows i remember that my parents used to watch regularly were Chitrahar, Mahabharat, Shaanti, Circus, weekly movies on DD1 and DD Metro. After cable TV network arrived, there was a major change in the TV culture.I believe that every platform has an audience, be it plays, movies, television or web. The content of each platform is based on the target audience, just like TV  has not taken away the movie going audience, movies have not hampered the play going audience, similarly I don’t think web will ever impact TV  viewership. Every market runs on a simple law of demand and supply. You create the demand, supply accordingly and evolve gradually.

Kavya gets a full-time maid for her and Vanraj

What will Meera do to separate Krishna and Pratigya?