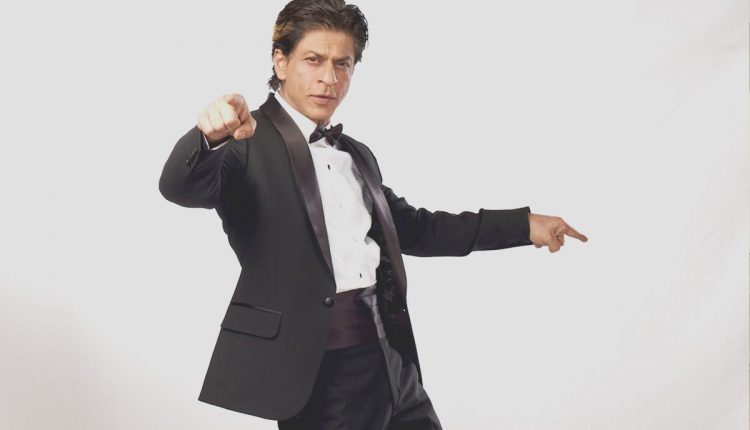 You Are A Fighter, Badshah Khan, You Can’t Lose Heart

I don’t know why I have a very strong feeling of admiration for you which started when I first saw you in a video film based on the Christian festival of Easter made by my friend,a documentary filmmaker called Dinesh Lakhanpal.You had played your role with such effortless ease that you gave a man like me who loves seeing new talent shinning all the hope to see a bright future for the actor.My admiration for you kept growing as you stood out in TV serials like “Fauji”,“Dil Darya” and above all “Circus”which gave me so much confidence in your talent that I not only believed that you should have been in films and I even laid bets with some of the best filmmakers about you and your being a sure bet to make it as a young hero in Hindi films.But before I could go any further with my confidence in you, the Dream Girl of Indian cinema, Hema Malini had not only cast you in the romantic lead of “Dil Aashna Hai”,her debut as a director,but had also taken personal interest in grooming you to suit the requirements of being a Hindi film hero. The Dream Girl’s dream however failed to make any impact, but I knew you would be noticed in the film and I said proud about my own confidence in you when other filmmakers like Abbas-Mustan,Yash Johar and the Mirza brothers, Akhtar and Saeed signed you for one film after another and you emerged as a challenge for all the other young heroes in the field.

My confidence staggered a little when you played the kind of negative role not even the best villan would dare to play, but you gave me the chance to keep my confidence in you intact when you gave evil a completely new face even at the risk of your future as a star in the making in “Bekhudi” and you kept surprising and shocking the audience and me when you played outright evil characters with a human flaw in films like “Deewana”,“Darr”and“Anjaam” and before people could ask too many questions about you like,“yeh achcha khasaa ladka apne aap ka bhavishya kyon barbaad karne mein laga hua hai”? you answered all of them by playing the romantic hero with a style all your own and within a matter of time, you were,“the King of Romance”and there has been no looking back for you even after you had crossed fifty.In between all your romancing, you also excelled in films with a difference like “Chak De India” and “Devdas” among others.

You had attained new heights of success and had turned a producer who couldn’t think or plan small and your banner Red Chillies Entertainment became one of the leading filmmaking banners in the country. The boy from Delhi who had come to Mumbai to conquer and had to live in the houses of others now had a mansion of his own,“Mannat”and two massive buildings which were your offices.You were now hobnobbing with the high and the mighty and the common man at the same time.Kings, presidents,prime ministers and leading industrialists were only too willing to do anything to be seen in your company or at least in selfies and photographs.

You were producing some of the most meaningful entertainers and it was this trait in you that made you challenge yourself by playing a dwarf in your last released film “Zero”. The film had expectations soaring sky high, but unfortunately for you, your company and even for the millions who worshipped you,I find it difficult to believe that the same people who thronged theatres and multiplexes to see even some of your dad and indifferent films somehow could sense something wrong with the film and gave it a reception which was not worth a Badshah who didn’t deserve the punishment the film received. It will now go down as one of the worst chapters in the life of a Badshah, but I know that an experience like this is not going to dampen the spirit of a Badshah.You have fought greater battles and come out victorious.You cannot change your spots just because of one setback.You know how to stage a fightback and I have the same confidence in you that I had thirty years ago and I know you will not let my confidence in you take a beating as long as I am alive and my admiration for you as an actor,a producer and a family man will refuse to wane or face the ignominy of seeing one of the best and greatest Badshahs fall or fail.

I am like millions of your admirer eagerly waiting to see you sweeping away all the odds, obstacles,clouds and cobwebs and take your empire to greater heights and I hope to live long enough to see you in the kind of place which is higher than the sky you had challenged when you were a struggling Khan walking the streets of dream city, Mumbai.

Hoping to see you in better times which you deserve and have worked very hard and passionately for.

Your admirer, now and always (and I care two hoots for those who feel or think I am saying all this about you because you have been very good and kind to me)

Zulfi Syed Brings In The Year With A Bang

Taapsee Pannu Continues Her Courageous Crusade For Justice For Women In…

Danny Denzongpa The Hills Are Calling Him Back

Sridevi She Was A Sheer Magic, She Is Forever