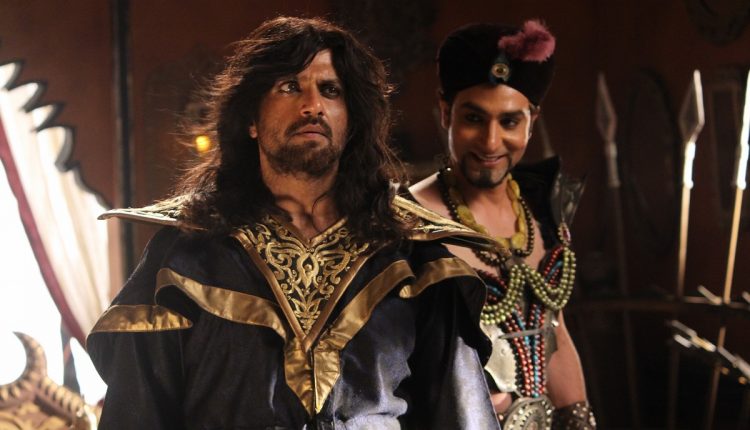 Sony SAB’s Aladdin- Naam Toh Suna Hoga has kept its viewers glued to their television screens with its increasingly interesting track. While Aladdin (Siddharth Nigam) and Yasmine (Avneet Kaur) are together in their constant efforts of saving the people of Baghdad, Zafar (Amir Dalvi) manages to acquire the Genie of the Ring (Praneet Bhatt). As Aladdin chooses to save the people of Baghdad, giving away the ring to Muchhad, Zafar is infuriated seeing him rescue everyone once again. While Aladdin has an inner pride of giving the fake ring to Mucchad, he is devastated on later realizing that Muchhad knew about his plan and snatched the real ring during their fight. Zafar, being on top of the world, rubs the ring which brings the Genie of the Ring out. Watching this, Aladdin flies back on his magical carpet in order to save Baghdad and Genie of the Lamp(Raashul Tandon). Will Aladdin be able to save everyone from the wrath of the Genie of the Ring? Praneet Bhatt, essaying the role of the Genie of the Ring said, “With Genie of the Ring in the hands of Zafar, Baghdad is definitely in for lots of terror and destruction. With new twists and turns every week, we are constantly aiming at providing edge over the seat entertainment to our viewers. This new track is going to be tough for Aladdin but it will be fun for our viewers to see how he gets out of this problem.”