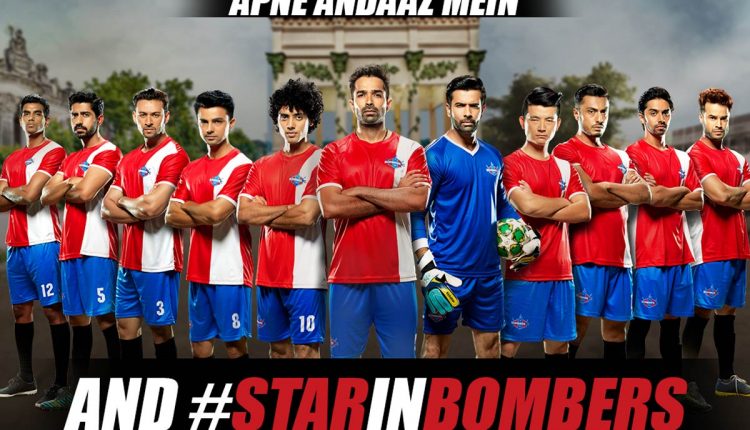 Under the brand-new marketing campaign for its upcoming original Bombers, ZEE5 now gives audience a chance to star in the series with an engaging #STARINBOMBERS contest.

In the six-day campaign that started from 6th June, audience can send / upload their version of the Bombers chant ‘Fort et Fier Arikbaar, Bombers Baar Baar’ with #StarInBombers for participating. The lucky winner gets a chance to get featured among popular actors such as Ranvir Shorey, Varun Mitra, Anup Soni, Aahana Kumra, Sapna Pabbi, Prince Narula and Meiyang Chang.

The Bombers campaign is further being amplified through ZEE5’s social media pages, Twitter, Facebook and Instagram. To encourage fans and followers for participating, Varun Mitra – captain of Bombers FC has also uploaded his chant video on his social media page. The campaign has already gained a great momentum by garnering huge number of followers and traction on the social media platforms.

Bombers revolves around the story of a Football captain who along with the support of his coach creates a new football team after a shocking tragedy. Shot in Chandan Nagar, a small town in West Bengal, the series takes you on a journey full of inspiration and emotions.

The last day for uploading the video is  June 15

Sehnoor On Her Birthday Donates 30,000 Sanitary Pads for Migrant females.

THESE 5 VERSATILE ACTRESSES ARE RARING TO GO PLACES

WILL THE SOCIAL MEDIA QUEEN, SAKSHI CHOPRA WALK THE CARPET OF BIGG BOSS 14 THIS YEAR?