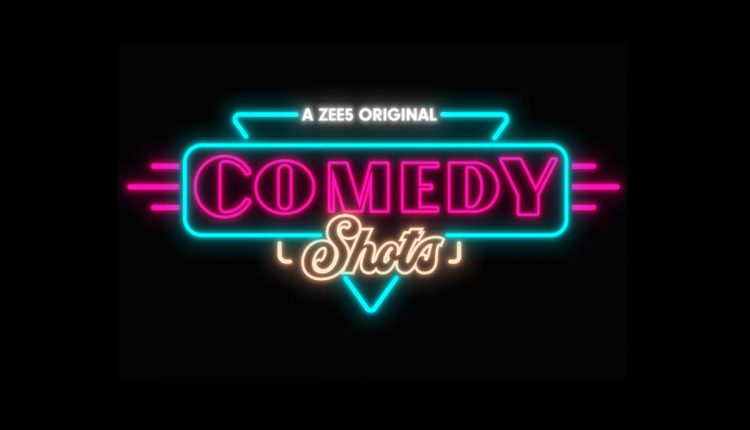 Zee5, India’s fastest growing OTT platform launches ‘Comedy Shots’ and marks its foray into the stand-up comedy genre. The show which has an exciting line-up of eight episodes starring Anubhav Singh Bassi, Gaurav Kapoor, Rahul Dua, Sumit Anand, Sumaira Shaikh, Aadar Malik, Pratyush Chaubey­ and Sanjay Rajoura, premieres today on 7th June 2019 with 2 episodes releasing every week on ZEE5.The topics for ‘Comedy Shots’ have been carefully handpicked and creatively rendered. Each artist developed a new script and performed it in the presence of a live audience at a studio in Mumbai. It was a full house and the audience gave a unanimous cheer for each of the acts. Anubhav Singh Bassi said, “Stand-up comedy has gained significant momentum in India and it is amazing how it has taught each one of us to laugh at ourselves. We are excited to put this show together on ZEE5 and are hoping to reach a wider audience with the platforms extensive reach.” Rahul Dua shares “There is nothing better for a comedian that his jokes are appreciated by the audience, and I’m thrilled that this happened at the Zee5 shoot”. Aparna Acharekar, Programming Head, ZEE5 India says, “We at ZEE5 are trying to curate a diverse bouquet of content for our viewers and with Comedy Shots we foray into a new segment. The show received a fantastic response from the live audiences and we are now looking forward to the reactions we receive on the platform. The promising talent pool of comedians promises to entertain our subscribers with relatable topics in their own style.”