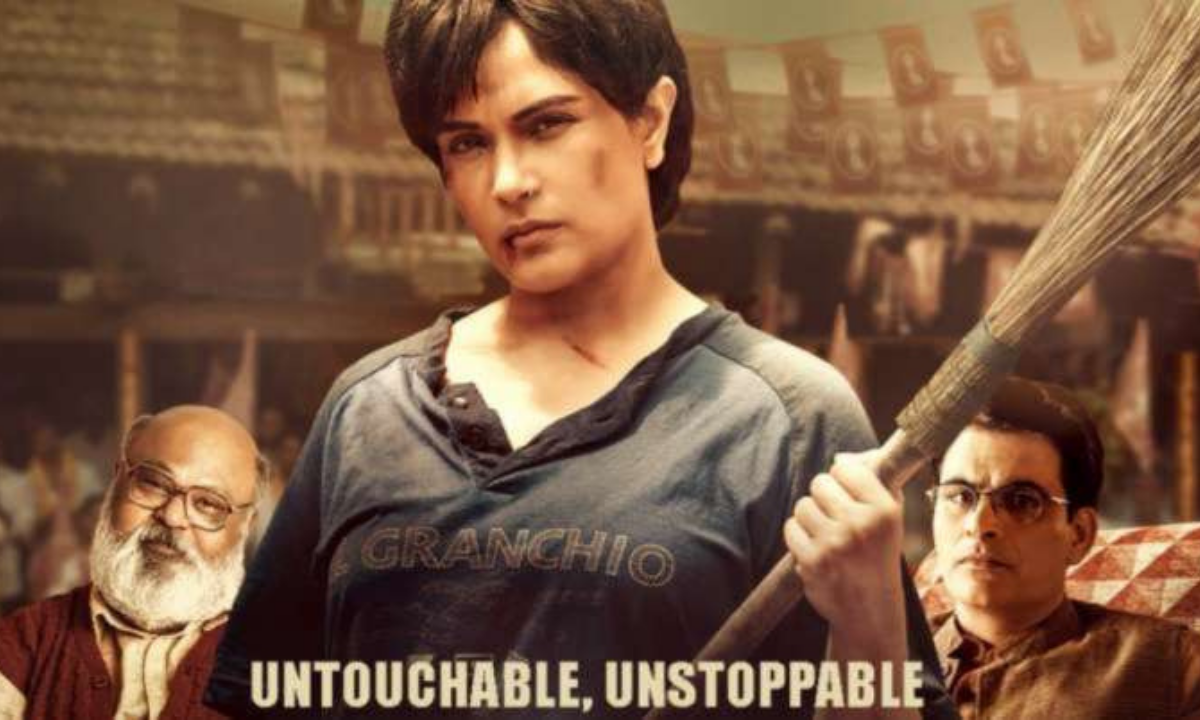 The film  revolves around a poor untouchable girl Tara (Richa Chadha) who emerges as a powerful Dalit leader, and goes on to become the first woman chief minister of India’s most populous and politically charged state Uttar Pradesh

After a respected grass-root level Dalit leader Masterji (Saurabh Shukla) takes her under his wing and her journey starts in the murky world of politics and power.

It is a tad unbelievable how Tara rises from being just another nobody to a seasoned politician.

despite the fact that she is never shown to harbor any political ambitions and what’s more, how she is able to wither away each and every obstacle that is strewn her way and stifle the opposition ably.

The film however, works despite the filmmaker packing in too many ground level issues like casteism, unwed mother being dumped by her lover, lawlessness and vote-bank politics, which is essentially its over-arching theme

Without any iota of doubt, the film rests itself on the able slender shoulders of Richa Chadha who glides through her varied role s Tara as well as the able Chief Minister, besides Saurabh Shukla who masterfully tucks in a powerful role as the politician who supports the Dalit woman.

Richa Chadha’s brand of laidback performance grows on us, though her shoddy wig distracts you all the time 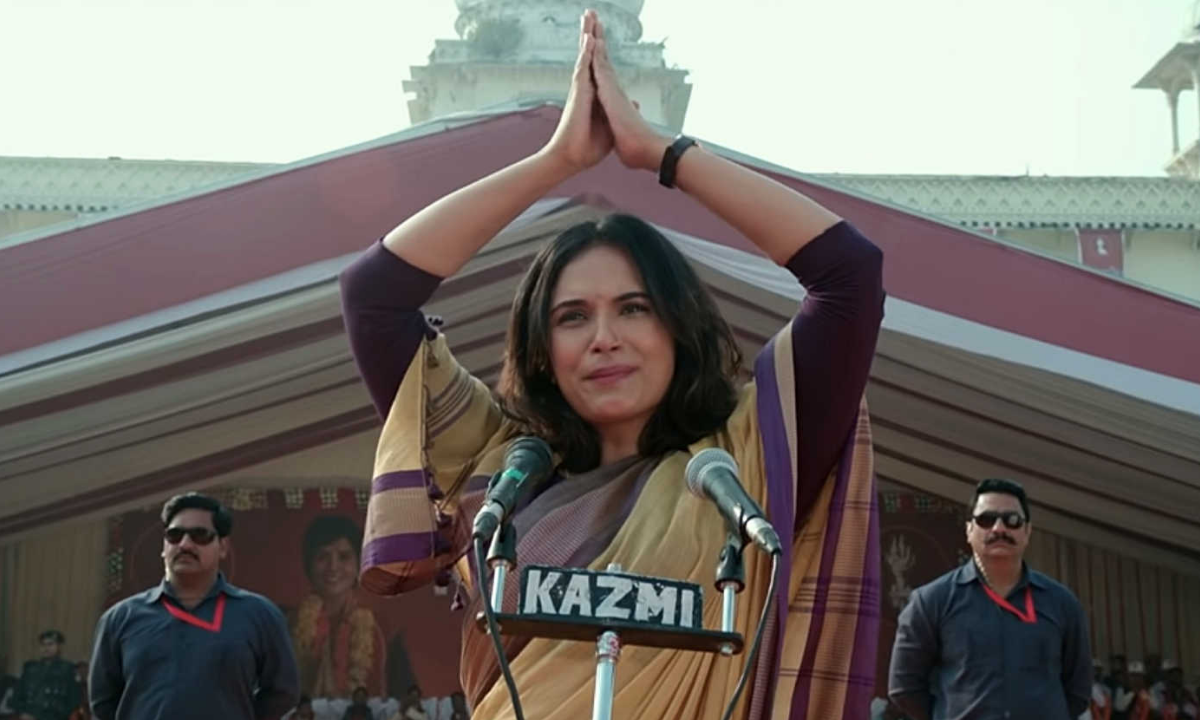 Her best scenes are with Saurabh Shukla, who steals the show with his terrific restrain and realistic portrayal of Tara’s idealistic mentor.

By the time the film ends, you start understanding and also empathizing each and every move of Tara and makes you even root for her along with the roaring crowd in the scene.

when she sets out to mouth the lines “Main Kunwari Hoon, Tez Kataari Hun Lekin Tumari Hoon and are identify instantly with her when she is able to grapple the incessant betrayals, treacheries and disloyalties in every path of her political career.

The cinematography by Jayesh Nair hits the right chord, especially when he shoots some of the shots of Tara battling a life-threatening attack or addressing an anticipated crowd after becoming the Chief Minister, which are most convincing to witness.

The editing could have been more refined but nevertheless it does not affect the pace of the film.

It is not a biopic on the ex chief minister of U.P- Mayavati 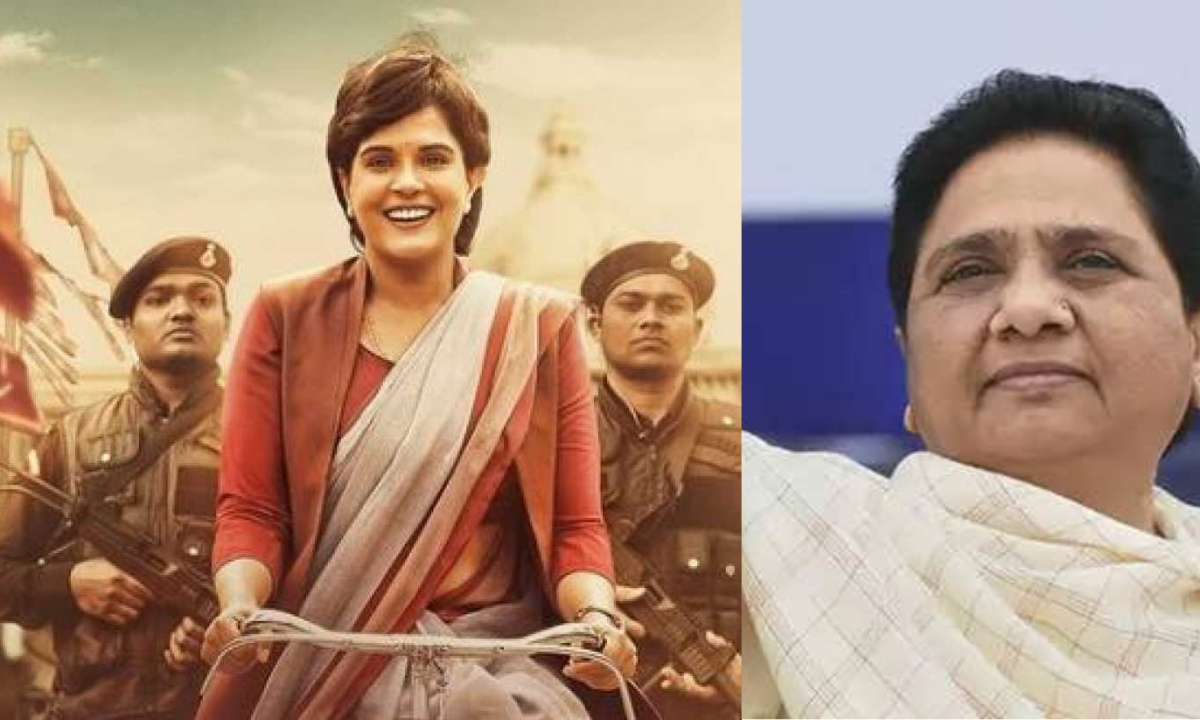 On the whole, the underpublicized film which has been released all of a sudden without any advance notice is riveting and catches your eye though it is not a biopic on the ex chief minister of U.P- Mayavati and is a triumph for not only Subhash Kapoor the director but also Richa Chadha.

Among the rest of the actors, Shubrajyoti Barat is fine as the villain. Boloram Das is fair. Sangam Bhaguna, Mukteshwar Ohja and Seema Modi don’t get much scope.

Everyone in terror-struck regions should watch Torbaaz: Raaj Singh Arora