Life is sometimes like a spoilt child who loves playing games with us. And sometimes this child loves giving people all the troubles when they are right on the top – ALI PETER JOHN 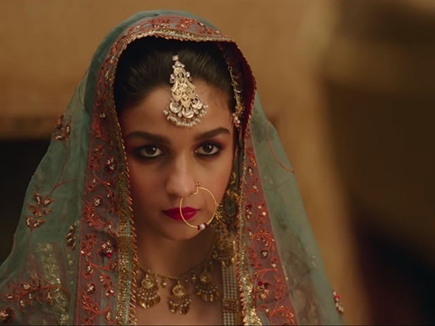 There is fame, fortune, good health and a good family life for a while and then just one ‘accident’, one ‘incident’ , one ‘tiff’ or ‘quarrel’ and even a tiny worm (keeda) can wreck and ruin anything, till the spoilt child gets into a good mood again…

Now, look at what that spoilt child has done to the sweet and ever so successful Alia Bhatt.

She was like a dream, she had reached the peak of her career, she had all that life could offer and was even looking forward to a new life with her to be life partner, Ranbir Kapoor.

And the spoilt child didn’t like all this and decided to play some master tricks with her.

If my friend Rishi kapoor had one last ambition, it was to see his son Ranbir to get married to Alia and be his Bahu.

But look at the nasty ways of the spoilt child. Rishi died just when the lovers had decided to finally get married and Alia’s dream went for a toss.

And then Sushant Singh Rajput died under mysterious circumstances (I don’t think the mystery has been solved yet) and her senior colleague Kangana Ranaut launched a verbal war against nepotism and Alia was on the top of her list who she kept attacking ruthlessly, together with Deepika Padukone.

After doing some of the most popular and successful things like Gully boy and Raazi, she was even waiting for three big films to be completed which she believed and the industry believed would make her a very big star.

The first was Brahmastra in which she teamed up with her lover Ranbir and senior actors like Amitabh Bachan , Dimple kapadia and Nagarjuna.

The film directed by Sidharth Anand was almost complete towards the end of 2020, but then came the virus and not even the greatest scientists and doctors and certainly not the dirty politicians could do anything about it and still cannot do anything. Whole world suffer, and Alia was not going to be an exception.

Ranbir was the first to fall a victim to viscious ways of the virus and as expected by many, Alia followed.

When they both got well , they went for a holiday to Maldives. They must have expected to have a great time and even a change, but when they came back, they faced thousands of trolls and criticisms which was I think not easy for even the toughest hearts to take.

And if Alia suffered the most because of corona it was because of two of her most ambitious films, Gangubai kathiawadi and RRR ( Rise Roar Revolt) could not be released for the entire year even though the promotion of the films had begun.

Gangubai Kathiawadi is directed by Sanjay Leela Bhansali who was so impressed with her performance that he decided to make another film with her soon after the release of Gangubai which he expected would have been sometime in June or July , but the spoilt child was still not happy with Alia and neither was Gangubai released and nor was Bhansali’s new film with her go on the floors.

If it is observed by experts and others , two stars who have been affected the most during this pandemic Amitabh Bachan and Alia.

The optimists were still hoping to see films like Brahmastra , Gangubai kathiawadi , RRR to be released in December 2021.

But then the spoilt child brought in or welcomed the second wave of corona and now everything stands at a standstill, till the spoilt child changes all its cruel ways and opens up a new path of hope for the whole world and ofcourse for Alia.

My character has become very sensible as compared to season one, says Parvati Sehgal of ‘Mann Ki Awaaz Pratigya 2’